Tails of the unexpected 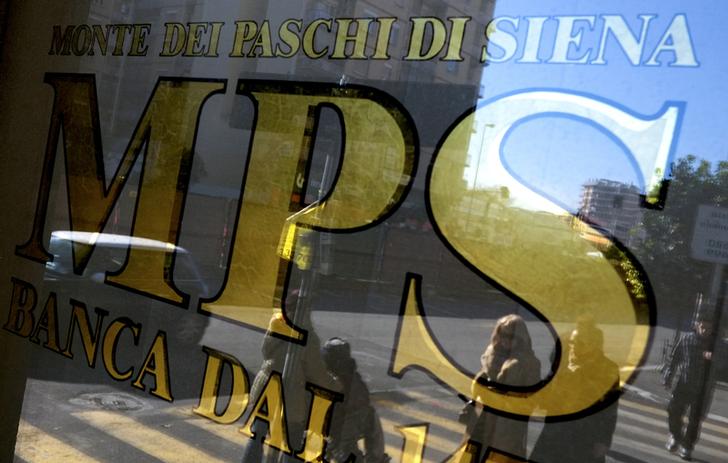 The foundation that was the Italian bank’s largest shareholder has sold yet more stock, this time to BTG Pactual and another Latin American investor. With all three supporting MPS’ upcoming rights issue, higher returns – or a bid – are replacing the threat of nationalisation.

People are reflected in the window of a Monte Dei Paschi Di Siena bank in Rome January 29, 2013.

The biggest investor in Italian lender Monte dei Paschi di Siena said on March 31 it had sold a 6.5 percent stake in the bank to BTG Pactual Europe and Fintech Advisory.

The Monte dei Paschi foundation, a charitable trust, said it sold 4.5 percent to Fintech, a U.S.-based investment fund run by Mexican businessman David Martinez, and another 2 percent to BTG Pactual.

The foundation said the three parties have pledged to maintain their combined 9 percent stake before and after Monte dei Paschi launches a 3 billion euro rights issue, scheduled for the second half of May.

The shares were sold at a 0.2375 euros apiece, a 6 percent discount to Monte dei Paschi’s closing price on March 28.

Monte dei Paschi’s shares were up 10 percent by 10:30 a.m. London time on March 31, having risen almost 14 percent in early trading.