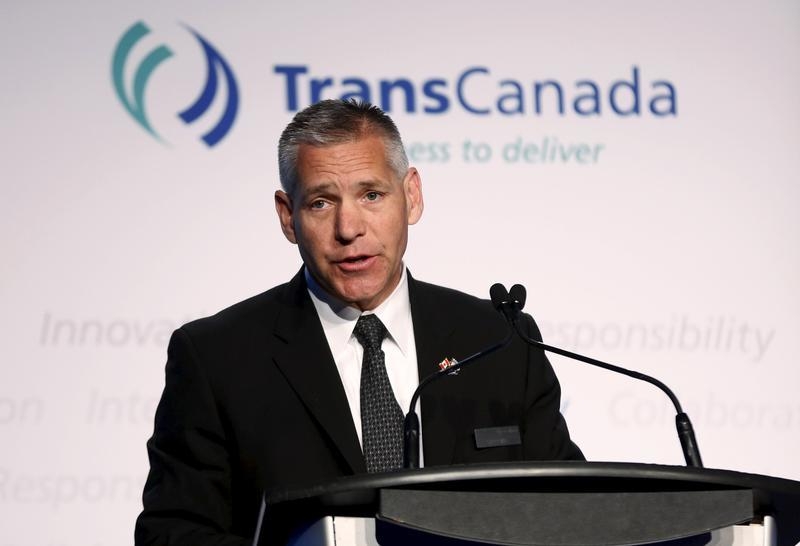 A mooted $11 billion gas-pipeline deal signals a thaw in energy-market M&A. TransCanada is in talks with U.S. peer Columbia Pipeline, two sources told Reuters on Thursday. Both groups are among the better-positioned players in a sector where falling oil and gas prices sparked fears about a looming wave of energy bankruptcies. Perkier crude prices could lubricate similar deals among industry survivors.

Oil and natural-gas prices have crashed 60 percent since mid-2014.That has left bankers salivating at the prospect of a wave of dealmaking. But the expected flood turned out to be more of a trickle last year as global oil and gas M&A activity fell 11 percent in what was otherwise a record year for takeovers. Bankers at the IHS CERAWeek energy conference in Houston last month blamed the lack of activity on high debt levels and valuations that were still too high relative to expected crude prices.

TransCanada, of course, had its Keystone XL pipeline plan nixed by the administration of President Barack Obama last year. Another big project intended to ferry oil from Alberta and Saskatchewan to Canada’s east coast has also gotten snarled in red tape. These developments may have prompted executives to decide the company would be better off trying to buy pipelines in addition to building them. Still, steady revenue from the company’s sprawling network of regulated energy infrastructure puts it in a relatively advantageous position in the recent industry slump.

Like many U.S. peers, Columbia has been under pressure as investors fret about whether the upstream companies that produce the gas that goes into its pipes will stay afloat. Even if it’s forced to renegotiate some contracts, though, its financial position looks sound. Columbia ended 2015 with $2.9 billion of liquidity after tapping investors for $1.4 billion of equity in December. Shares of the company and a related master limited partnership have held up well since then, suggesting shareholders are confident executives can keep growing dividends while investing $1.4 billion to $1.6 billion in various projects this year.

Whether or not TransCanada and Columbia can consummate a deal, the fact they’re talking at all suggests animal spirits may be reviving. If the 40 percent rally in crude price in recent weeks holds, it could coax other energy survivors out of their hiding places.

TransCanada said in a statement it was in discussions with a third party about a possible transaction, but that no agreement had been reached. Columbia Pipeline’s shares rose more than 15 percent on news of the potential deal, which was first reported by the Wall Street Journal. TransCanada’s stock price fell almost 4 percent.

Columbia Pipeline operates about 15,000 miles of natural-gas pipelines connecting the U.S. Gulf Coast to the Midwest, Mid-Atlantic and Northeast United States. The company’s market capitalization was around $8 billion at the close of trading on March 9. Its long-term debt at the end of 2015 was some $2.8 billion.