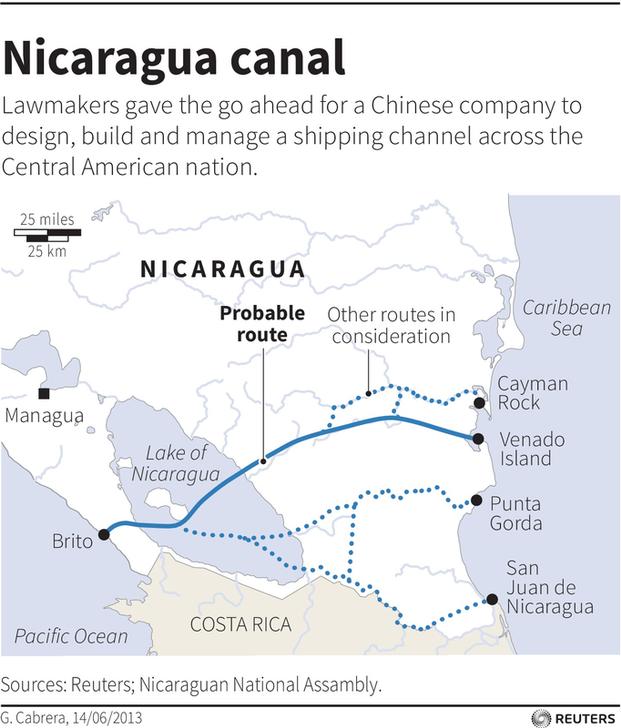 A controversial $40 bln project to rival Panama’s passage doesn’t seem to make financial sense. But if its Chinese sponsor is any kind of proxy for Beijing, the idea of one day balancing U.S. influence in Central America isn’t far-fetched. And for that, the price could be right.

Map showing the route of the proposed canal to be built through Nicaragua. Lawmakers gave the go ahead for a Chinese company to design, build and manage the project on Thursday.

The Nicaraguan assembly on June 13 granted a 50-year concession to Chinese-controlled HK Nicaragua Canal Development Investment for a $40 billion project to design, build and operate a canal across Nicaragua parallel to the Panama Canal. The Hong Kong-based HKND is headed by Chinese lawyer Wang Jing, who also leads Xinwei Telecom Enterprise, owner of a cellphone concession in Nicaragua.
The Panama Canal had total revenue of $2.4 billion in 2012 and income before fees and taxes of $1.6 billion. A $5.2 billion expansion program, begun in 2006, will double the canal’s capacity and is expected to be completed in 2014.