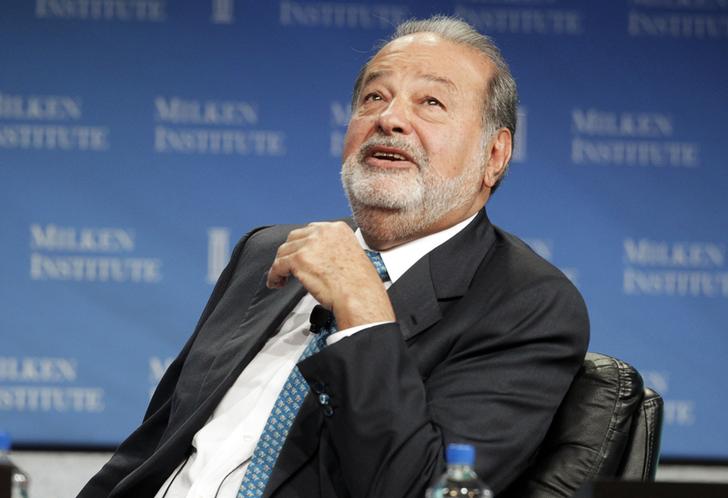 Carlos Slim may try to buy the $21 billion T-Mobile US in the coming year. The Mexican billionaire needs to reduce his telephone company’s dependence on its home country. The fourth-largest U.S. wireless operator is cheap, its parent doesn’t want it, and there’s strategic logic to a deal. Increasingly frightful competition in U.S. telecoms may be a sticking point.

Under a recent Mexican law, America Movil’s profit will be sapped by penalties if it holds more than half of the country’s telecommunications market. It now has about 70 percent of the wireless business. So it’s studying divestitures – these could bring in over $15 billion in cash, according to UBS. And credit markets are open and investors are willing to lend cheap money for acquisitions.

Slim has bought bargain American telecom assets before. America Movil has snatched up virtual wireless carriers that sell pre-paid service using other companies’ networks. These now account for about $7 billion, or about 10 percent, of America Movil’s annual revenue. But EBITDA margins are slight, at about 11 percent. Running traffic over its own network would raise those margins.

Moreover, Deutsche Telekom Chief Executive Tim Hoettges put a neon “for sale” sign on its U.S. subsidiary in November, saying T-Mobile US was an attractive acquisition candidate for Dish Network, Comcast and America Movil. The price looks right. T-Mobile US is valued at about 5.8 times estimated forward EBITDA, Starmine shows. That’s roughly a 13 percent discount to the average of AT&T, Verizon and Sprint.

The position of T-Mobile US as a smallish company in a market experiencing ferocious price wars may give pause to Slim, who is accustomed to running a near-monopoly. The company should generate just over $1 billion of free cash flow next year, MoffettNathanson estimates, but will have to spend more than that on an upcoming spectrum auction. Slim’s experience in Mexico means he appreciates the handsome margins that exist in a market with limited competition.

The administration of President Barack Obama is set against consolidation among the big four U.S. cellphone providers. The next occupant of the White House may feel differently. Buying T-Mobile US cheaply now could give Slim an option on fat returns north of the border.

Carlos Slim, President of the Carlos Slim Foundation and the Telmex Foundation, speaks during "A Conversation with Larry King and Carlos Slim" at the Milken Institute Global Conference in Beverly Hills, California April 29, 2013.