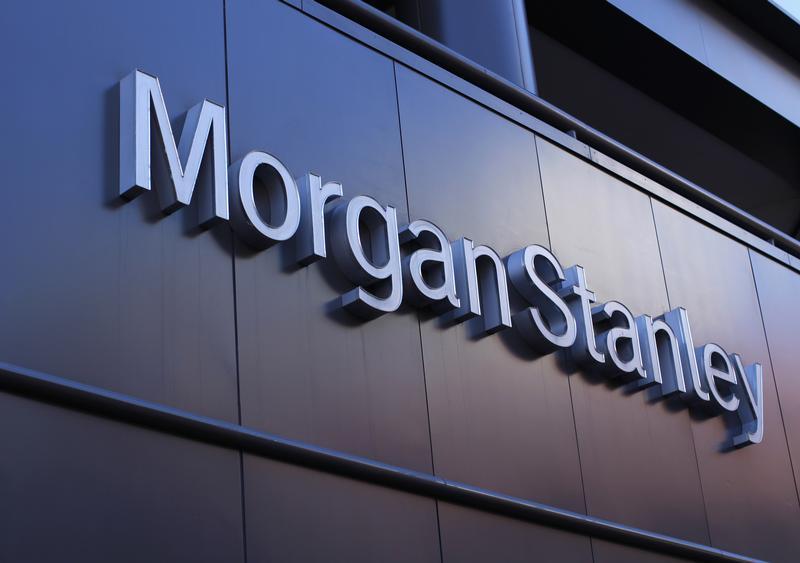 The bank led by James Gorman impressively almost doubled quarterly profit to $1.7 bln from a year earlier. As at rivals, though, bond traders reaped less than in usually slower summer months. Improved returns remain subpar. Rules and rate hikes are what will power Wall Street.

The corporate logo of financial firm Morgan Stanley is pictured on a building in San Diego, California September 24, 2013.

Morgan Stanley on Jan. 17 reported fourth-quarter net income of $1.7 billion and revenue of $9 billion. After dividend payments to preferred shareholders, net income available to common shareholders was $1.5 billion. At 81 cents a share, earnings beat the consensus estimate of analysts of 65 cents. Revenue was $500 million higher than expected. Annualized return on equity was 8.7 percent.

The results included a $135 million tax benefit, reducing the firm's tax rate to 25 percent from 31 percent. The asset-management division took a $60 million loss from selling and marking down limited-partner investments in third-party sponsored funds dating from 2005 to 2007.

Fixed-income sales and trading revenue of $1.5 billion was almost three times better than the $550 million in the final three months of 2015.

Earnings in wealth management were hit by "a provision for certain brokerage tax reporting issues that are being addressed," which increased non-compensation expenses to $876 million from $837 million in 2015's fourth quarter. Lower professional services costs partly offset that.