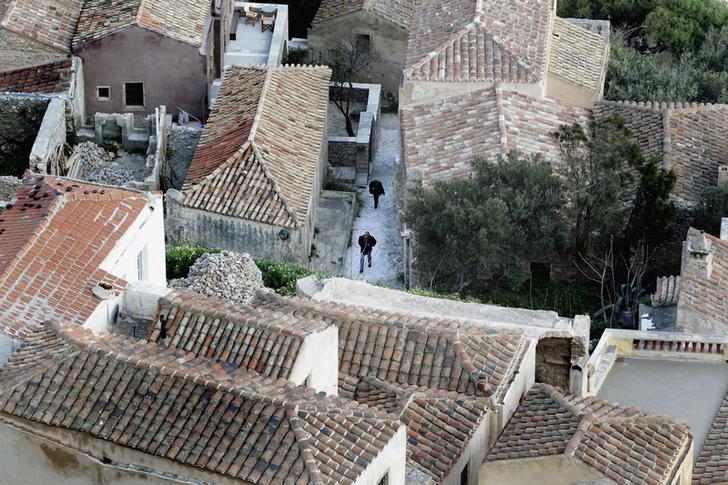 A permanent rollover of 64 billion euros of property loans would be popular, and an easier sell to Greece’s euro zone partners than a debt haircut. It would also constitute a suitably left-wing riposte to the 2012/13 recapitalisation of Greek banks, which caused controversy by allowing foreign hedge funds to acquire large stakes in the banking sector on advantageous terms.

Concern that Greek banks are in the firing line helps explain the 42 percent drop in sector shares since the election. Non-performing and restructured mortgages are already expected to reach 45 percent of assets, based on a BlackRock study estimating loan losses up to 2016. More of banks’ already meagre profit would be swallowed by provisions, eventually eating into capital. The Hellenic Financial Stability Fund, which controls the majority of Greek bank shares, would have to ponder whether to deploy its 11 billion euros of capital left from the last Greek bailout.

If Tsipras is serious about reforming Greece’s corporate clientelism, the moratorium could help. With the top four Greek banks’ market capitalisation now below 15 billion euros, a big capital boost could heavily dilute vested interests, enabling a radical restructuring. Unlike in 2012, the euro zone is set up to help: it now has a single supervisory mechanism (SSM) to police its new banking union, a resolution framework and 60 billion euros from the European Stability Mechanism bailout fund available for the banking sector. With the SSM forcing hobbled banks to merge or raise capital, HFSF or ESM cash could help finance a split of Greek banks into good and bad arms, like a country-wide version of Portugal’s Banco Espirito Santo bailout in 2014.

Such a reform won’t work if Tsipras just wants to take the driver’s seat in Greece’s clientelist system, or use the banks to fund the state. But with Greek bank shares off another 20 percent on Jan. 28, the market appears to be already pricing in a private rather than public haircut.

People make their way along the streets of the town of Monemvasia in the Peloponnese area of Greece March 20, 2012.