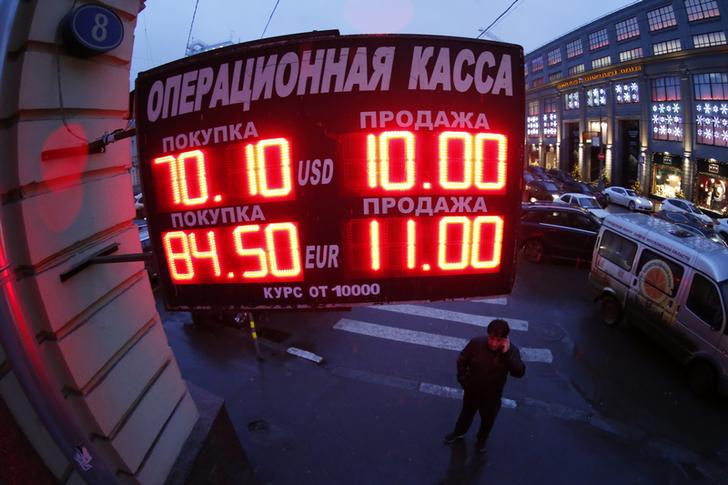 Russia is mobilising state resources and tweaking prudential rules so that banks can avoid capital hits from the current turmoil. Similar measures helped Western banks in 2008. The risk is that the Kremlin will demand credit growth and forgo prudent borrowing.

A man stands next to a building under a board showing currency exchange rates in Moscow, December 16, 2014.

The news came a day after Russia’s central bank sought to maintain the stability of the Russian financial sector by imposing a temporary moratorium on the recognition of mark-to-market losses on banks’ securities holdings, and a temporary right to use exchange rates computed for the previous quarter when calculating capital requirements for operations in foreign currencies.

Russian lender VTB told Breakingviews it was currently in discussions with the government regarding proposals to recapitalise the banking sector and boost lending to Russian businesses. It said it was too early at present to talk about any specific outcomes of these talks.