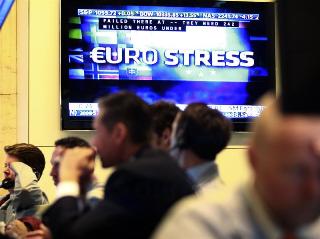 The barriers to a proper recapitalisation of Europe’s banks look political, not economic. That’s the conclusion of Reuters Breakingviews’ latest bank stress test, which analyses what would happen if governments have to fill the entire capital hole required to restore confidence in Europe’s financial system.

The shortfall created by a tougher stress test is certainly large. Take the 90 banks that participated in the European Banking Authority’s now-discredited exam in July. If banks were forced to mark their sovereign debt to market and achieve a core Tier 1 capital ratio of at least 7 percent under a stressed scenario, they would need 93 billion euros. Raise the pass mark to 9 percent, and the hole is 260 billion euros.

That’s a giant leap from the gap of 2.5 billion euros identified by the EBA in July. However, when judged against the economies of the 21 countries whose banks sat the test, it’s still manageable. A 93 billion euro capital injection is equivalent to only 0.7 percent of the countries’ expected GDP for 2011. Even with a 9 percent pass mark, the bill is still just 2 percent of GDP.

True, the overall cost might be higher, because the lenders that sat the EBA test only represent 65 percent of those countries’ banking assets. However, smaller banks tend to hold bigger buffers. And some bigger lenders may be able to raise capital privately.

Peripheral states would still suffer. At a 7 percent pass mark, Greek and Cypriot banks would need a combined 36 billion euros of extra capital. Footing the bill would push Greece’s 2011 debt-to-GDP ratio to 171 percent, from 157 percent. Cyprus’ post-recap debt would be 86 percent of GDP, 26 percentage points higher than before. But both those countries’ banking systems always needed help to cope with a Greek default.

The real question is whether Spain and Italy, which face a combined bill of 22 billion euros, need bailout money as well. However, financing the recap will only add 1 percent to their respective debt-to-GDP levels.

France and Germany have recently squabbled about whether the recapitalisation of their banks should be financed by the countries themselves, or by the European Financial Stability Facility. With self-help perfectly plausible, it suggests the real problem is justifying further bank rescues to voters.

Traders watch as the results of the European banks stress tests are announced on the floor of the New York Stock Exchange July 23, 2010.

European banks could be required to achieve a minimum core Tier 1 capital ratio of at least 7 percent as part of a quick-fire regulatory health check being prepared by the European Banking Authority, Reuters reported on Oct. 11.
Other sources with knowledge of the process said no final decision has been taken on the pass mark, with some citing a range of 7-10 percent, Reuters reported.
The Financial times reported on Oct. 12 that European banks could be forced to raise their Tier 1 ratios to 9 percent.
Greek five-year debt was trading at 37 percent of par on October 12, according to Thomson Reuters data. Portuguese five-year debt traded at 74 percent, while its Irish and Italian equivalents traded at 90 and 95.3 percent respectively. Spanish five-year debt traded at 99.6 percent of par value.
José Manuel Barroso, president of the European Commission, said on Oct 12 that the core capital of European banks had to be raised. He added that dividend and bonus payouts should be stopped if the targeted level was not reached.