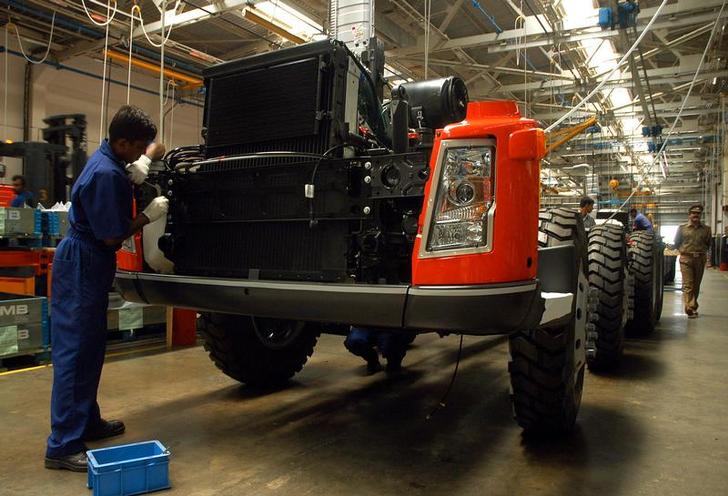 An unexpected earnings jump propelled shares in the Swedish truck maker up 10 pct. But Volvo is facing an uphill struggle. The outlook for its core European market is weak, and its new cost cutting targets are ambitious.

An Indian mechanic works at the Volvo truck division in Bangalore.

Shares in Volvo rose sharply on Oct. 24 after the Swedish truck maker posted a surprise rise in core quarterly profit for the third quarter. Operating profit excluding restructuring charges rose to 2.9 billion crowns ($401 million) against 2.5 billion last year. The mean forecast of analysts polled by Reuters was that Volvo would make 2.1 billion crowns.

The operating margin excluding restructuring charges rose to 4.3 percent in the quarter from 3.9 percent.

The company, based in the southern city of Gothenburg, said it planned to cut costs by an additional 3.5 billion crowns by the end of next year. That would reduce overall costs by 10 billion crowns in 2016 compared to 2012.

“For 2015, we forecast that the market for heavy-duty trucks will be on the same level as in 2014 in Europe, Japan and China, on a higher level in North America and India and on a lower level in Brazil,” the company said in a statement.