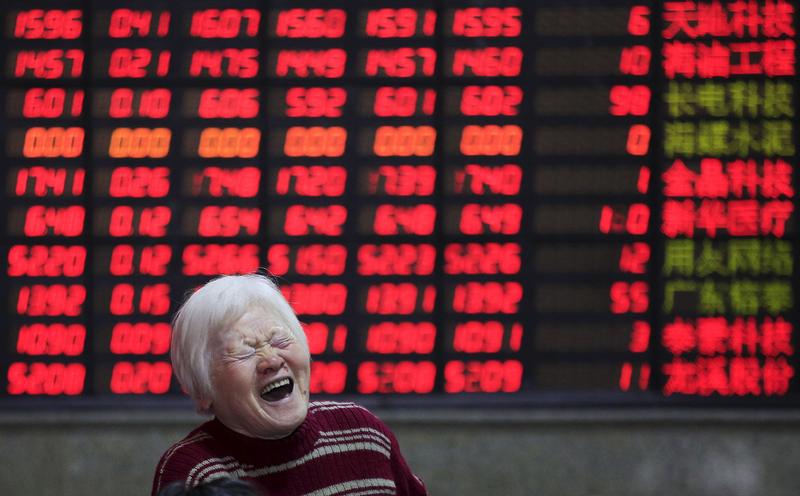 The index provider will decide this month whether to add yuan-denominated shares to key benchmarks. Scandals and trading halts at Hong Kong-listed mainland firms have made passive fund managers’ jobs difficult already. Bringing in onshore tickers could complicate things further.

An investor reacts in front of an electronic board showing stock information at a brokerage house in Shanghai, China, March 7, 2016. REUTERS/Aly Song TPX IMAGES OF THE DAY - RTS9LBW

U.S. index provider MSCI is set to announce on June 20 whether it will add 169 Chinese yuan-denominated A shares to its MSCI Emerging Markets Index family, tracked by over $1.5 trillion in assets.

Some Hong-Kong listed Chinese stocks have been removed from MSCI indexes following public controversies, including Hanergy Thin Film Power Group, which was suspended from trading in mid-2015 and is under investigation by regulators. MSCI also removed troubled mainland firm China Huishan Dairy from its MSCI China Index. The Hong Kong-listed dairy farming company is at the centre of a scandal involving allegations of missed loan payments and accounting discrepancies. Its shares have been suspended since March 24, when they suddenly plunged 85 percent, wiping out about $4 billion of market value.

This is the fourth review of the suitability of Chinese yuan-denominated shares for index inclusion by MSCI after three previous failed attempts. In March MSCI announced it would reduce the number of names under consideration to 169, down from the previous 448.