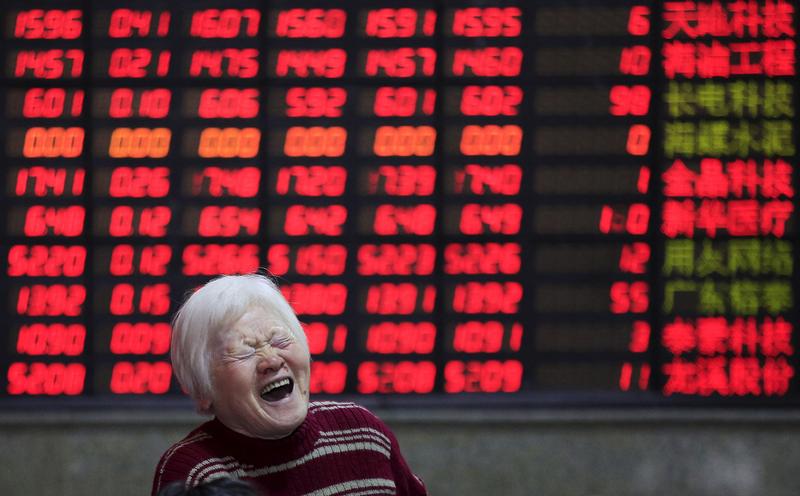 The index provider has slashed the number of mainland stocks to include in benchmarks tracked by $1.6 trln in assets. This should win support after prior failed attempts. But resulting flows into China will amount to a rounding error. It’s a very tiny step in the right direction.

An investor reacts in front of an electronic board showing stock information at a brokerage house in Shanghai, China, March 7, 2016. REUTERS/Aly Song/File Photo - RTX2QMRI

U.S. index provider MSCI is proposing to include Chinese "A shares" - as mainland-listed stocks are known - to its MSCI Emerging Markets Index, a leading equity index for global asset managers, requiring passive funds tracking these indexes to buy onshore shares. This would mark the fourth consecutive inclusion attempt by MSCI.

The plan, unveiled in March, envisages adding 169 Chinese mainland shares to its benchmark indexes, sharply down from the 448 names put forward in a proposal last year that failed to win broad support among global asset managers. The new list includes only large stocks that are traded over existing "stock connect" channels between Hong Kong and mainland China. Mainland shares that have been suspended for more than 50 days have been taken off the list.

The weight of mainland shares in the MSCI Emerging Markets Index would be about 0.5 percent under the current plan, down from 1 percent in the original proposal. Already-included Hong Kong-listed stocks and stocks of Chinese companies listed abroad will represent around 27.6 percent of the index. The change would automatically flow into the weighting of the MSCI All Country World Index.

MSCI is expected to announce a decision in June after consultation with the industry. If the proposal is supported, the index revision would be implemented a year later.

Blackrock, MSCI’s largest client, has expressed general support for including Chinese stocks in global equity benchmarks, but did not comment on the timeline of the proposal, Reuters reported.

Over $1.6 trillion of assets were benchmarked to the MSCI Emerging Markets Index family as of end June, MSCI says on its website.