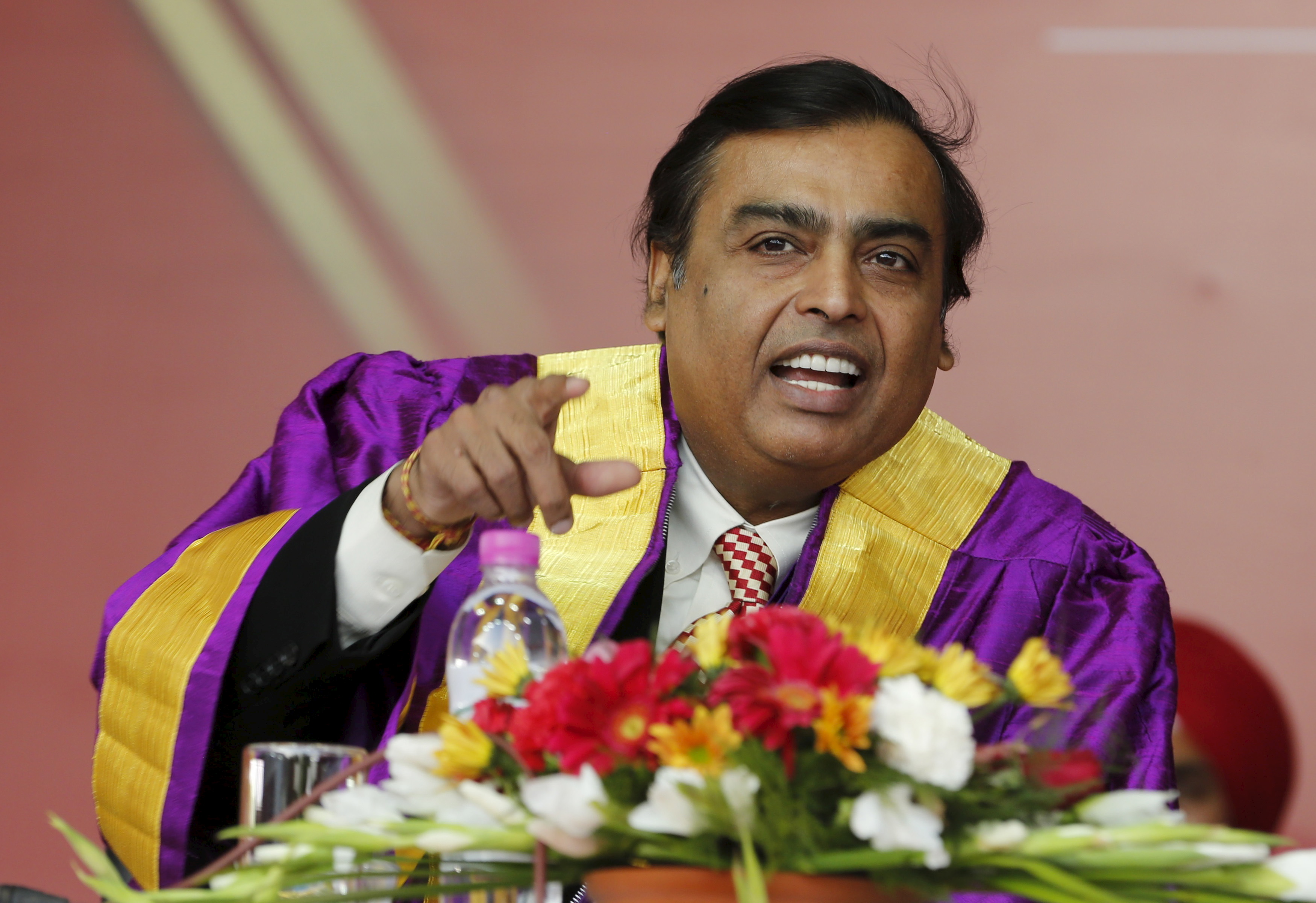 India’s richest man is launching his new superfast mobile network with free voice calls, $45 handsets, and more goodies. The aggressive strategy may worry rivals like Bharti and Vodafone. Shareholders in Ambani’s own Reliance Industries will also fret about the $20 bln bet.

By 0925 BST, shares of rival mobile operators Bharti Airtel and Idea Cellular had fallen by more than 7 percent, while shares of Reliance Communications fell by 6 percent.

Mukesh Ambani, chairman of Reliance Industries Ltd., attends a convocation ceremony at Pandit Deendayal Petroleum University (PDPU) in Gandhinagar, in the western state of Gujarat, India, March 6, 2016. Ambani, is muscling into the country's cable TV sector as part of a media and telecoms offensive that pits him against his once-estranged younger brother and threatens to shake up both industries. REUTERS/Amit Dave - RTS9QDT

By 0925 BST, shares of rival mobile operators Bharti Airtel and Idea Cellular had fallen by more than 7 percent, while shares of Reliance Communications fell by 6 percent.