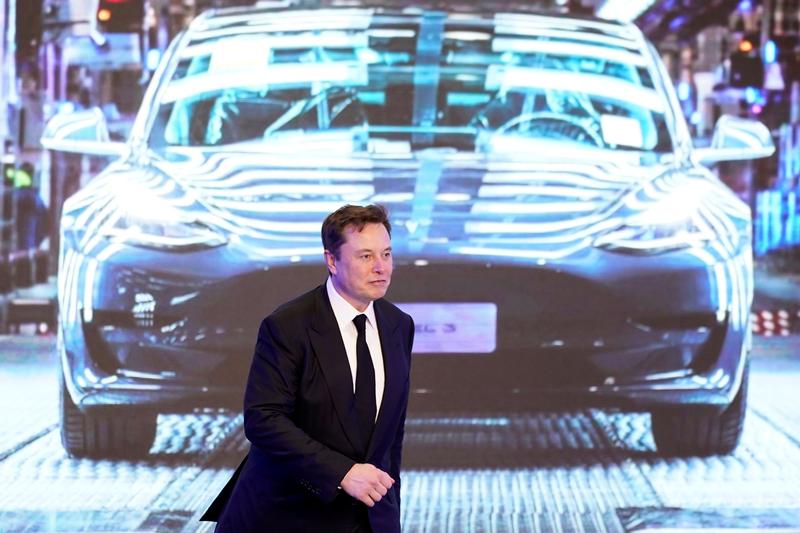 Elon Musk is never shy of creating a bit more disruption. The entrepreneur’s $808 billion electric-car company, Tesla, said on Monday that it has put $1.5 billion into bitcoin and may soon accept the cryptocurrency from buyers of its vehicles. It’s right up Musk’s street as a wink to virtual-investment, anti-establishment fervor. But it’s also a serious challenge to something mainstream: in this case, accounting rules.

Bitcoin surged to a record dollar value above $44,000 following Tesla’s disclosure. But Musk’s company won’t mark up the gain or any subsequent uplift in the value of its holdings. The reported value can only go down.

If that sounds odd, it is. Like payments group Square, for example, Tesla has to account for its bitcoin holdings as so-called indefinite-lived intangible assets, a category more commonly for brands and trademarks. That means they must be written down in the event of impairments, which include trading prices lower than cost. They are never written up again. Gains, if any, come only when assets are sold.

The current accounting method follows a process of elimination. Cryptocurrencies like bitcoin don’t meet the definition of cash, which among other things requires sovereign-government backing. They also don’t fit the traditional shape of a financial instrument. And they aren’t tangible assets that might be defined as inventory.

Yet bitcoin is a bit like virtual cash. It’s akin to a currency, too, albeit volatile, illiquid and issued by an algorithm. If it’s neither of those, it’s a lot like a speculative financial instrument. For those who see it as an inflation hedge, it’s a kind of digital gold.

Right now, the accounting is not aligned with any of those. If crypto investments by companies catch on, that will surely have to change. After all, Bitcoin’s volatile price arguably makes it more likely Tesla’s reported carrying value will ratchet downward, even if the digital asset’s price spikes to new highs.

Imagine a future Tesla with large holdings of bitcoin worth far more than they cost. The company would report an asset value based, essentially, on the lowest trading price of the cryptocurrency since it was acquired. That would be misleading and give managers a potentially huge pot of obscured gains to play with. Musk might appreciate that flexibility. But investors and accounting standard-setters shouldn’t.

Tesla said on Feb. 8 it had invested around $1.5 billion in bitcoin and expected to begin accepting the cryptocurrency as payment for its cars and other products in the near future. The disclosure prompted a more than 10% jump in the electronic currency, which hit a new record high value above $44,000.

Tesla said on Feb. 8 it had invested around $1.5 billion in bitcoin and expected to begin accepting the cryptocurrency as payment for its cars and other products in the near future. The disclosure prompted a more than 10% jump in the electronic currency, which hit a new record high value above $44,000.