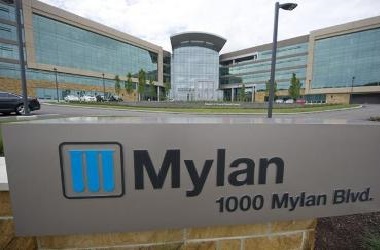 Mylan’s $28 billion tender offer for rival Perrigo, which launches next week, isn’t good enough. The generic drug firm’s hostile bid for the over-the-counter medicine maker carries a stingy premium and comes mostly in paper. Perrigo’s owners don’t need to swap stock in a shareholder-unfriendly company with bad governance and financial risk when an auction might generate a better result.

Perrigo’s investors may be tempted to take the bird in hand. But under scrutiny the offer looks less compelling, starting with just a 14 percent control premium. Mylan has done a respectable job over the past decade, with 300 percent shareholder returns. Perrigo has risen more than 10-fold. Perrigo’s business of making store-brand over-the counter medicines has better prospects than Mylan’s business of making generic pills. Analysts expect it to grow more than twice as fast in coming years.

Since moving its headquarters to the Netherlands, Mylan hasn’t been obviously run for the benefit of shareholders. This summer, Teva wanted to buy the firm for more than $80 a share. Rather than accept this mouthwatering price, the board and an independent company foundation exercised a poison pill which sent its suitor scurrying away. Mylan now trades at about $48. The company’s Netherlands legal address also makes it hard to replace directors. Its proxy statements contain a thicket of related-party transactions.

There’s some risk for Perrigo shareholders in voting against the deal. Perrigo shares are trading about 11 percent above where they were before Mylan’s arrival. Meanwhile, the S&P 500 has fallen about 8 percent. This premium and perhaps more might disappear if shareholders opt for independence.

Worse, Mylan needs 80 percent of the vote to squeeze out minorities under Irish law. If over half but less than 80 percent take up the offer, it would leave Mylan engorged with debt, and an awkward listed subsidiary. Mylan has even threatened to delist Perrigo shares if this happens. The risk is that Perrigo’s growth slows and its minority shareholders are ignored.

Perrigo’s board is confident the two companies’ records mean its investors will dismiss Mylan’s offer. Overconfidence, however, raises the risk that Mylan succeeds, but doesn’t achieve 80 percent of the vote. Perrigo could sidestep this risk, and perhaps fetch a better premium, by auctioning itself off.

Mylan will commence its hostile tender offer for Perrigo on Sept. 14. The generic and specialty drugmaker has offered $75 in cash and 2.3 of its own shares for each share in the over-the-counter drug producer.

The offer is worth about $188 per share based on current share prices, or about $28 billion. That is a 14 percent premium to where Perrigo shares traded before news of Mylan’s approach in April. Perrigo has rejected Mylan’s offer as too low.