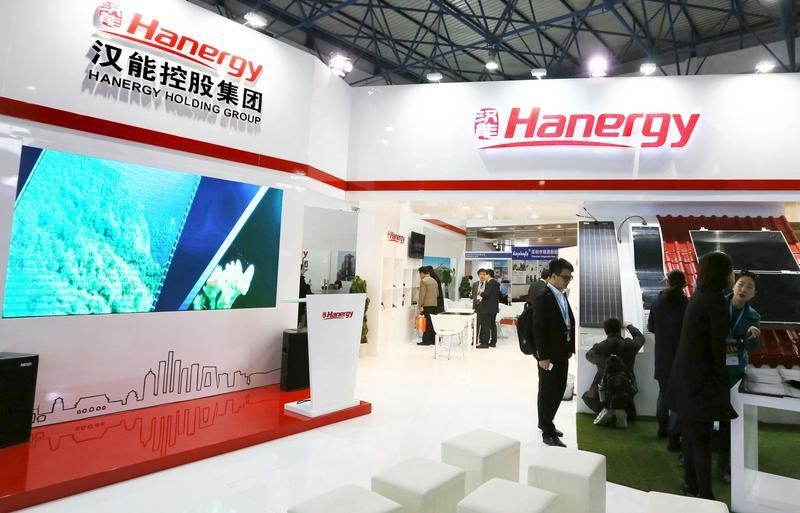 Hanergy Thin Film Power has bewildered investors for a while. The group’s technology is unproven and it earns most of its revenue from its unlisted Chinese parent. Nevertheless, the shares quadrupled in six months, by some measures making chairman Li Hejun China’s richest man.

The ascent ended on May 20, when the shares crashed before Hanergy requested their suspension. The sudden fall is as baffling as the rise. The Securities and Futures Commission is investigating alleged market manipulation, a source told Reuters.

Whatever the explanation, the loss of confidence has proved infectious. Shares in Goldin Financial and Goldin Properties, whose value had risen six-fold since the beginning of December, fell sharply on May 21. The companies, both controlled by polo-loving tycoon Pan Sutong, said they had no explanation for the collapse.

Hong Kong investors are no stranger to stock market hype, especially as mainland China’s renewed exuberance for equities has spread to the former British colony. Thin free floats also make shares more prone to gyrations: in March, the SFC warned that Pan and 19 other shareholders control all but 1.4 percent of Goldin Financial. Even so, such violent movements are unusual for companies this big. By market capitalisation, the sell-offs at Hanergy and Goldin Financial are the equivalent of Yahoo or American Airlines suddenly halving in value.

The episode comes at a critical moment. Hong Kong’s stock exchange operator has opened a link allowing foreign investors to buy shares in Shanghai, and a planned connection with Shenzhen is likely to go live soon. Yet to lure wary foreign investors, Hong Kong must show it can enforce values of openness and integrity. Hanergy’s rollercoaster ride suggests standards are slipping.

A Hanergy exhibition stand is seen at a Clean Energy Expo in Beijing April 1, 2015. The green energy potential of thin-film solar panels has propelled Li Hejun to the top of China's rich-list, but his Hanergy Holdings has yet to prove it can turn impressive laboratory research into commercially successful products. Picture taken April 1, 2015.

China’s Hanergy Thin Film Power Group is under investigation by Hong Kong’s market watchdog, a source told Reuters on May 20, after the company lost almost half its market value in 24 minutes. Trading was suspended after the plunge in the share price of the company, which manufactures solar panel-making equipment.

On the morning of May 21 shares in Goldin Financial and Goldin Properties, whose value has also soared in recent months, dropped sharply without explanation. By midday in Hong Kong, shares in Goldin Financial had fallen 57 percent to HK$13.1, wiping almost $17 billion off the company’s market value. Shares in the smaller Goldin Properties had fallen 45 percent to HK$13.3.

A source familiar with the situation told Reuters that Hanergy had been under investigation for several weeks by Hong Kong’s Securities and Futures Commission for alleged market manipulation. A spokesman for the SFC declined to comment, and Hanergy officials were not available to comment.

On the morning of May 20, the shares slumped to HK$3.91 before they were suspended at the company’s request. More than 170 million shares were traded in the first hour of the trading session, far more than its daily average over the previous month, according to Thomson Reuters data.