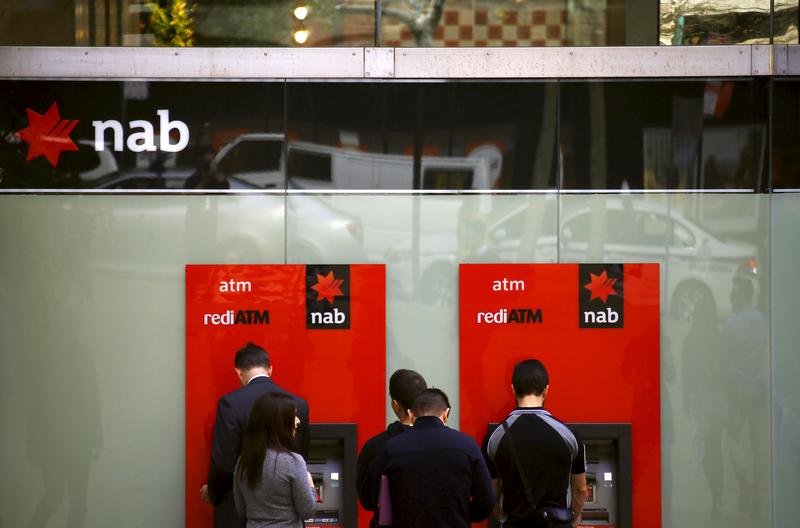 NAB also said its Tier 1 capital ratio fell to 9.5 percent as of Dec. 31 from 9.8 percent a quarter earlier after it paid a final dividend. The bank said it was considering issuing Tier 2 securities to beef up its capital position, subject to market conditions.

Loans overdue for 90 days or longer and impaired assets grew to 0.9 percent of gross loans at the end of December from 0.85 percent three months earlier.

NAB and other Australian banks report "cash earnings", which have been stripped of contributions from discontinued operations, as well as one-off and other non-cash items.