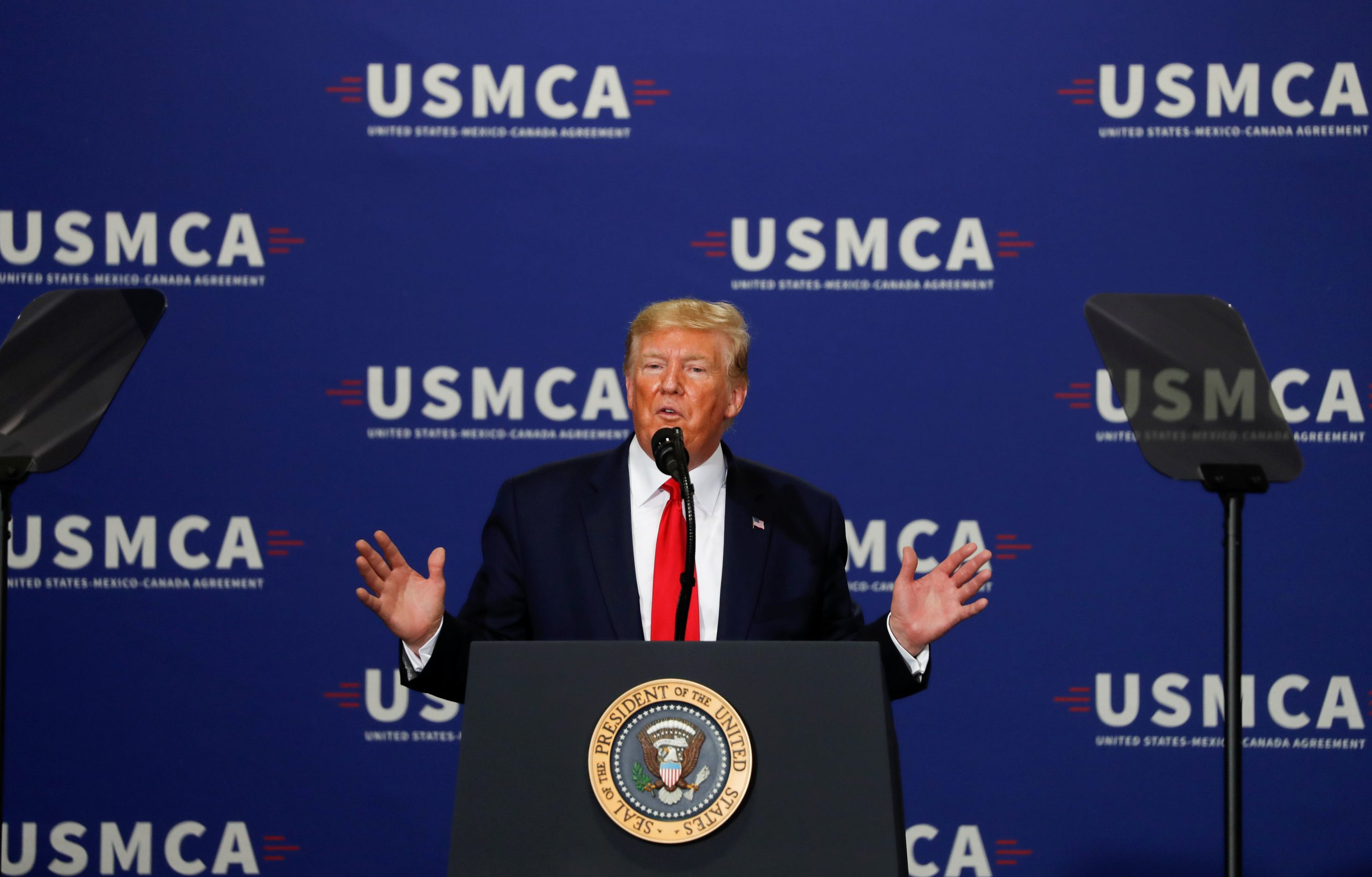 The White House deserves credit for winning over U.S. Democrats on a revised pact with Canada and Mexico. But investors are waiting for the headliner: an agreement with the People’s Republic as new tariffs loom. Rising tensions with Europe add to the unfolding drama.

U.S. House of Representatives Speaker Nancy Pelosi on Dec. 10 announced a deal with the White House on a revised United States-Mexico-Canada Agreement, or USMCA. The trade deal, which updates the 1994 North American Free Trade Agreement, had been held up over disagreements on the enforcement of labor standards.

Mexico rejected U.S. inspectors on labor but agreed to third-party reviews. Mexico also agreed to additional restrictions on what would be considered North American steel and aluminum under rules of origin for auto exports. To qualify for tariff-free trade under the USMCA, 75% of auto content has to be made in North America, compared to the 62.5% requirement in NAFTA.

Separately, a 15% U.S. tariff on about $160 billion in Chinese goods is scheduled to be imposed on Dec. 15. That plan could be scrapped or delayed if negotiators from both countries reach what they have called a “phase one” trade deal.