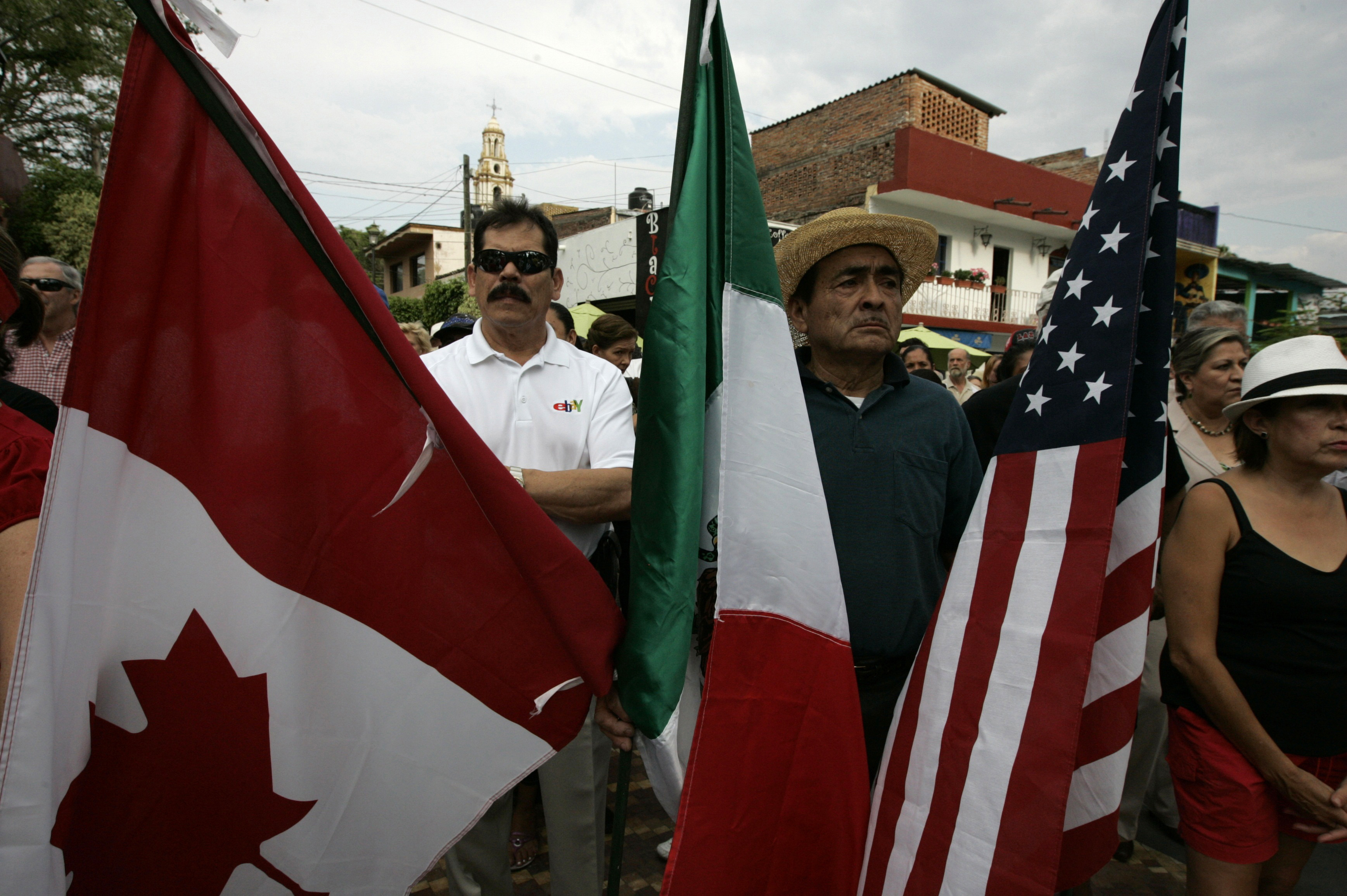 The United States, Canada and Mexico are negotiating separate pacts with EU and Pacific Rim nations. A combined effort, however, would offer more leverage and lead to simplified commerce within North America. The trade accord’s 20th anniversary is a good time to show solidarity.

Meanwhile Mexico, the United States and Canada are negotiating with Pacific Rim countries on a Trans-Pacific Partnership free trade agreement.

Meanwhile Mexico, the United States and Canada are negotiating with Pacific Rim countries on a Trans-Pacific Partnership free trade agreement.