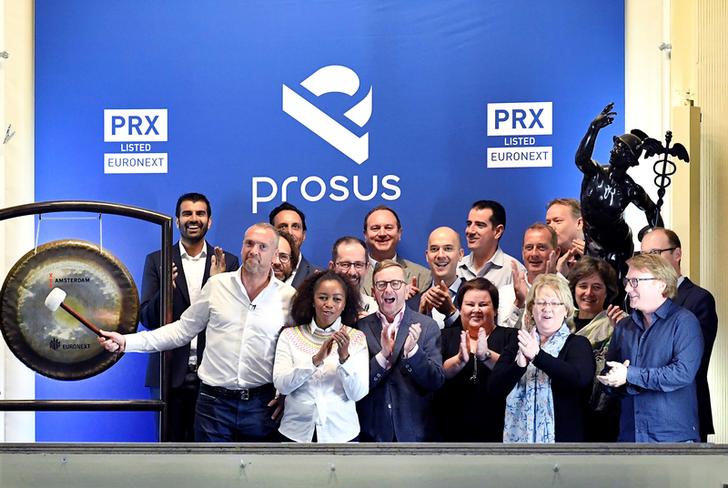 The $82 bln South African group and its Amsterdam-listed offshoot have lagged behind a surge in big technology stocks this year. A $5 bln buyback highlights the discount to its stake in China’s Tencent and shows it won’t chase overpriced deals. Other investors should take notice.

Prosus on Oct. 30 said it would spend up to $5 billion buying back its own shares and those of Naspers, its Johannesburg-listed parent company.

Prosus, which was spun off from its parent in 2019, will spend up to $3.63 billion buying shares in Naspers, and a further $1.37 billion on its own shares.

Prosus, which owns a portfolio of internet investments including a 31% stake in Chinese giant Tencent, said the move was a good use of capital “given full market valuations evident in consumer internet M&A and the group’s sizeable consolidated discount to net asset value.”

Prosus said it would begin the buyback after it publishes its interim results on Nov. 23. It will hold the Naspers shares it buys in treasury and does not intend to vote them.