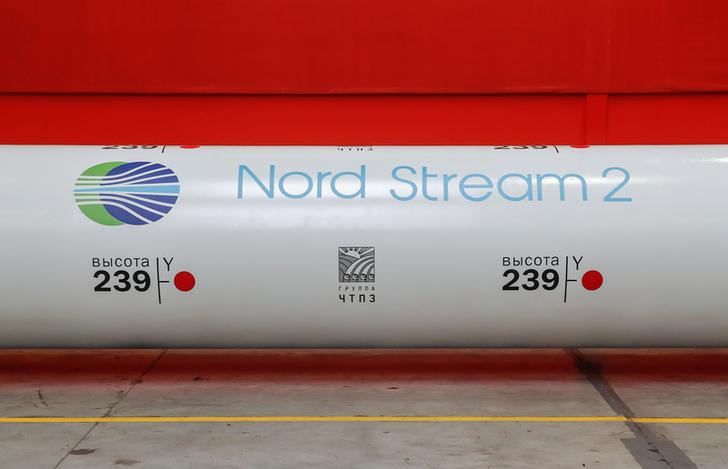 A suspected Novichok attack on the Kremlin critic further complicates German links to Russia via the new Nord Stream 2 pipeline. For now, gas needs mean Berlin can’t bow to U.S. pressure to ditch the project. But it should add impetus to the drive for alternative energy sources.

The logo of the Nord Stream 2 gas pipeline project is seen on a large diameter pipe at Chelyabinsk Pipe Rolling Plant owned by ChelPipe Group in Chelyabinsk, Russia February 26, 2020.

Germany’s Foreign Minister Heiko Maas on Sept. 6 warned Russia that if it does not contribute to an investigation into the poisoning of Kremlin critic Alexei Navalny then it could “force” it to rethink Nord Stream 2.

But over the following days German Chancellor Angela Merkel and Economy Minister Peter Altmaier played down the possibility of halting the pipeline from Russia to Germany as part of any sanctions imposed on Moscow over the incident.

Novichok has been banned by the Organisation for the Prohibition of Chemical Weapons member states, including Russia, since June. Britain claims that Russia used the same substance to poison former spy Sergei Skripal and his daughter Yulia in the British city of Salisbury in 2018. Russia has repeatedly denied any involvement in either case.

New guidance issued on July 15 allows the U.S. government to designate companies engaged in work for the project, in coordination with allies, under conditions set out in the Countering America's Adversaries Through Sanctions Act.