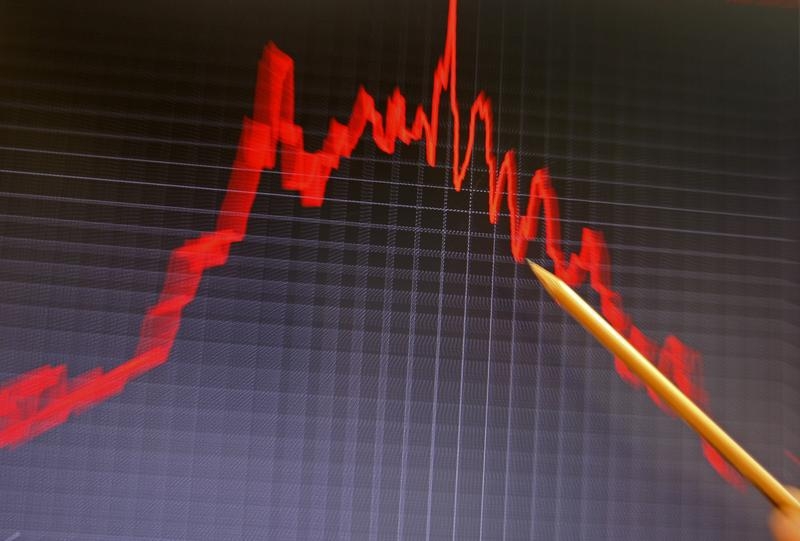 In the realm of bonds, negative yields are no bar to positive returns. Just as well, since more than a quarter of JPMorgan’s Global Government Bond Index, or $6.4 trillion worth of debt, was trading with a negative yield last week. German 10-year government bond yields could soon join Japanese and Swiss peers in sub-zero territory. Investors need to be nimble to make money in this looking-glass world.

Negative yielding bonds are worth buying as long as yields keep declining. Yields move inversely to prices so this sort of trend allows investors to bank capital gains. But when these gains are the only difference between making or losing money, even small price swings hurt. This was the case in April 2015, when German yields started bouncing back from record lows. As more and more investors were forced to bail, yields shot up 21-fold in less than two months.

Investors therefore need to be quick to spot when a falling yield trend might be about to go into reverse, even if only temporarily. They also need to exploit pockets of relative value quickly before they disappear. For example, some negative-yield French bonds might be more attractively priced than their German counterparts and thus offer more scope for capital gains.

There are good reasons why longer-dated bond yields can keep falling in both Germany and Japan. Central banks in both countries are buying government debt at a fair clip and European Central Bank President Mario Draghi might even ramp up purchases at a March 10 policy meeting. Nor is there any sign of the nascent price pressures that might spell an end to such asset purchase programmes. Investors are so sure of this that Japan on Tuesday became the first Group of Seven leading industrial nations to auction 10-year debt at a negative yield.

But shocks can’t be ruled out. Imagine if Draghi unexpectedly ditches the requirement to buy bonds in proportion to each euro zone country’s contribution to the ECB’s capital. Anything that implies fewer-than-expected purchases of German government bonds would see a sharp reversal in the trend of lower Bund yields – and a lot of burnt fingers.

German 10-year government bond yields have fallen to 0.14 percent from 0.63 percent at the beginning of the year. That compares with the record low of 0.05 percent set in April 2015.

Japan became the first G7 nation to auction 10-year government bonds at a negative yield on March 1. It sold 2.4 trillion yen ($21.33 billion) of the benchmark paper with a yield of minus 0.015 percent at the lowest accepted price.