Message for a bottler 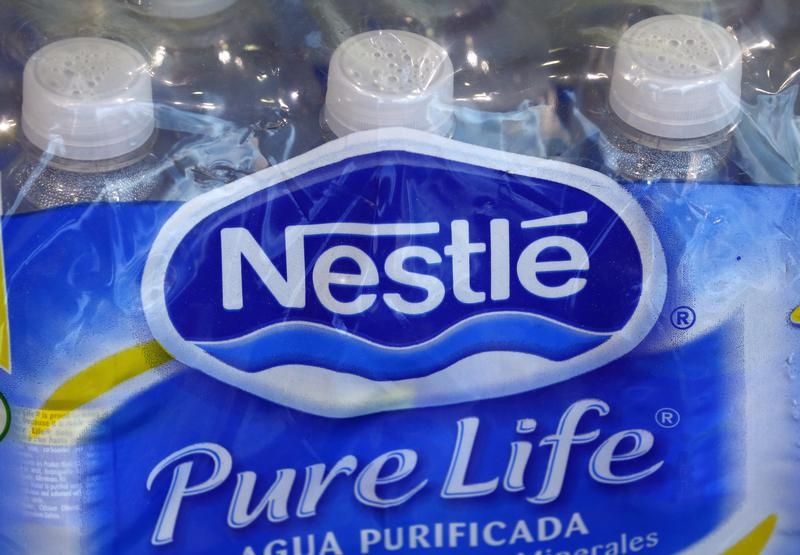 Nestlé is wading into what may be the purest form of water risk. A unit of the $243 billion Swiss food and drinks giant is facing populist protests for bottling and selling perfectly good water in Canada and drought-stricken California.

Nestlé Waters says it does nothing harmful in the watersheds where it operates. Its parent company also signed and strongly supports the United Nations-sponsored CEO Water Mandate, which develops corporate sustainability policies.

The company is under fire in British Columbia, though, for paying only $2.25 for every million liters of water it withdraws from local sources. Yet the provincial government sets the price and until this year charged nothing. The rates are also far higher in Quebec, which charges $70, and Nova Scotia, where the price is $140. Nonetheless, 132,000 people have signed an online petition demanding the government stop allowing Nestlé to take water on the cheap.

The company’s reputation may be at even greater risk in California, whose severe drought is in its fourth year. The Courage Campaign has organized an online petition, with more than 40,000 signatures so far, that demands Nestlé Waters stop bottling H2O during the drought. There are several local protests, too.

The Swiss firm drew 50 million gallons from Sacramento sources last year, less than half a percent of the Sacramento Suburban Water District’s total production. That’s hardly draining aquifers and rivers dry, but during a severe drought any use of water to turn a profit risks being perceived as out of touch.

Consumers can only blame themselves, of course, for buying so much bottled water. The average price for a gallon is $1.21, according to the International Bottled Water Association. For just $1.60, Californians could purchase 1,000 gallons of tap water, according to the National Resources Defense Council.

Moreover, Nestlé’s water business is its smallest and least profitable, generating a trading operating profit last year of 10.3 percent – less than half that of its powdered and liquid beverages unit. With California imposing a 25 percent cut on residential water use, Nestlé Waters may want to consider turning off its own taps.

This item was corrected on April 10 to remove erroneous comparisons in paragraph 5 relating to the significance versus other water uses of the 50 million gallons that Nestlé Waters bottles in the Sacramento area, and reworded to connect the narrative to the following paragraph.

A pack of Nestle Pure Life bottled water is pictured in a showroom at the company headquarters in Vevey February 13, 2014. Swiss food giant Nestle expects another challenging year that could see it undershoot its long-term targets again, after price pressures in Europe and weaker emerging market demand slowed sales growth to 4.6 percent in 2013. REUTERS/Denis Balibouse

Nestlé Waters is facing petitions against its water-bottling businesses in California and British Columbia.

Locals in British Columbia are annoyed that the Canadian province’s government is charging Nestlé only $2.25 per million liters of water extracted from groundwater and then bottled and sold. The charge, which is also levied on some 20,000 other users, is not supposed to facilitate water sales but help cover the cost of managing local water resources. Before this year, water users paid nothing. By the morning of April 2, protesters’ online petition had received support from 132,188 people, just short of its goal of 150,000.

The Courage Campaign is petitioning the California State Water Resources Control Board to shut down Nestlé Waters’ bottling operations in the state because of the drought.

On April 1, Governor Jerry Brown of California ordered cities and communities around the state to reduce water use by 25 percent. The governor made the announcement after visiting a ski resort in the Sierra Nevada mountains, where the snowpack is at its lowest level on record, just 5 percent of normal for this time of year.

NASA senior water scientist Jay Famiglietti wrote in the Los Angeles Times last month that California has just one year’s worth of water stored in its reservoirs.