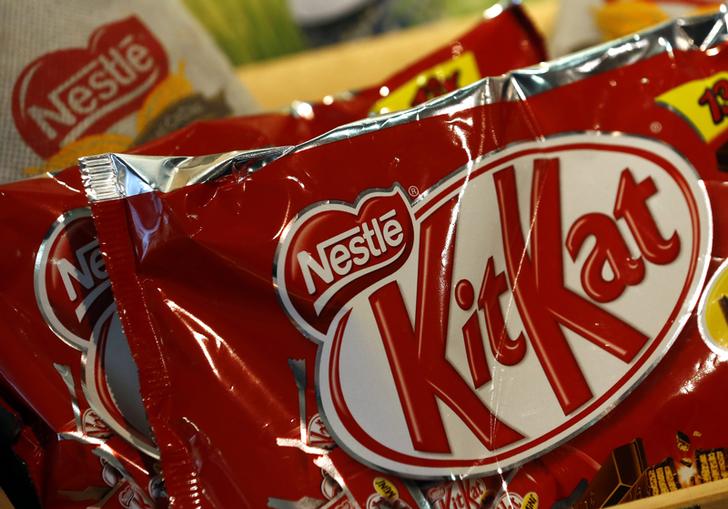 Nestle has missed its long-established growth ambition yet again. The Swiss food group’s aim is to increase annual organic sales by 5 percent to 6 percent. This year, it said on Oct. 16, the number will be 4.5 percent. That’s hardly a disaster but suggests the higher target is outdated. Nestle should ditch it.

For the last decade, the chocolate, coffee and skin health company has tied itself to a framework of financial targets it calls the “Nestle model”. The framework was tweaked in 2011 and currently has a 5 to 6 percent annual growth target as its centrepiece. There are three other strands. Nestle wants to improve operating profit margins, underlying earnings per share and capital efficiency. It is only with reference to the sales growth, however, that Nestle yokes itself to a number.

Targets are often useful tools to motivate employees within the business. They also help investors ascribe appropriate value. Chief Executive Paul Bulcke said on Oct. 16 that he likes them because they show the company has ambition. But if the targets are missed, they soon lose potency. Nestle last met the 5 to 6 percent growth target in 2012.

A range of reasons – from dead-slow economic activity in Europe to the Maggi brand noodles food scare in India – explain the string of disappointments. But while better growth would be preferable and food safety is paramount, few would find the outcomes especially remarkable were it not for the fact that the company had promised something better.

In a low-growth world, in food markets that are largely mature in many parts of the world, 4.5 percent growth is more than respectable. On Thursday, shares in rival Anglo-Dutch look-alike Unilever bounced up as it said sales growth might climb to 4 percent.

Nestle’s specific growth target is distraction. It could, potentially at least, become a danger if the wish to meet pre-stated promises leads people within the business to take unwarranted or unnecessary risk. Repeated failure to meet the specified growth number might lead it away from progress on the other three equally important parts of Nestle’s self-stated financial “model”.

True, Nestle may endure a period of embarrassment if it unbuckles itself from the 5 to 6 percent promise. It could assuage that by giving added focus to year-by-year guidance. Its long-run framework of financial ambitions would be more useful, and less risky, if it simply said it wanted to “improve” margins, earnings per share, capital efficiency – and revenue.

A bag of KitKat chocolates at the headquarters of world food giant Nestle in Vevey October 16, 2014.

Nestle, the Swiss consumer goods group, said revenue in the first nine months of the year was 64.9 billion Swiss francs ($68 billion). It said its year-on-year organic growth was 4.2 percent.

It said also on Oct. 16 that it expects organic sales to grow 4.5 percent this year. The company has a long-established ambition to generate between 5 percent and 6 percent organic sales growth.

Paul Bulcke, Nestle CEO, said that the group was “impacted in the third quarter by exceptional events, with Maggi noodles in India and a rebate adjustment in Nestle Skin Health. Yet our real internal growth increased, reflecting broad-based positive momentum across our business and many of our markets”.