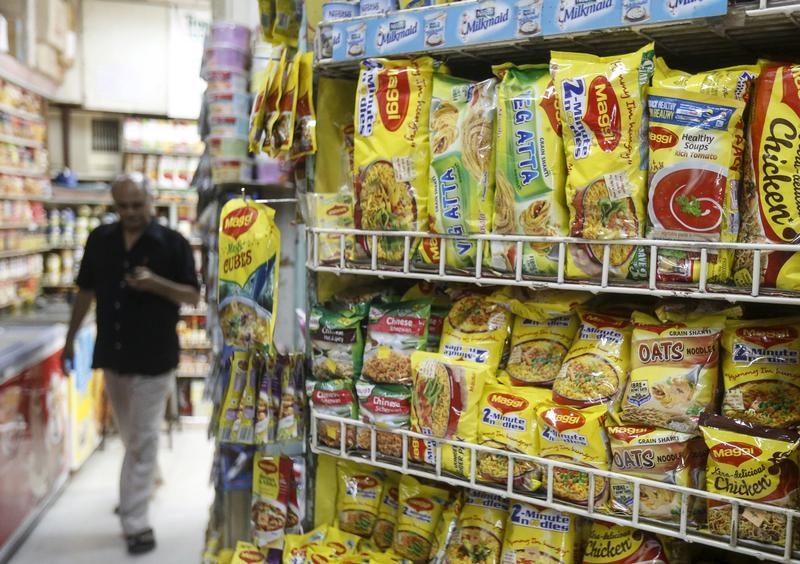 Worries about lead levels have forced noodles sold by the Swiss giant’s Indian unit off the shelves. Now authorities want a huge $100 mln of damages despite foreign agencies clearing the snack for sale. Despite Modi’s reforms, life remains unpredictable for multinationals.

Indian authorities are seeking 6.39 billion rupees ($99 million) in damages from Nestle India for misleading consumers about the safety of Maggi noodles, a government official told Reuters on Aug. 11.

The company would be the first foreign firm to be asked to pay damages on behalf of consumers, the official said, declining to be named.

The Ministry of Consumer Affairs filed the complaint with the National Consumer Disputes Redressal Commission. The case will be heard on Aug. 14, according to the website of the NCDRC, which has semi-judicial powers.

A nationwide ban against Maggi noodles was ordered in June after the Food Safety and Standard Authority of India said tests found excessive lead in 15 out of 29 samples.

The local unit of the Swiss company has challenged the ban in the Bombay High Court and a verdict is expected soon.

Nestle India recorded a one-off charge of 4.5 billion rupees in the three months ending June 30 relating to the estimated cost of recalling and destroying up to 350 million packets of noodles. The company swung to a net loss of 644 million rupees for the quarter, from 2.6 billion rupees a year earlier.