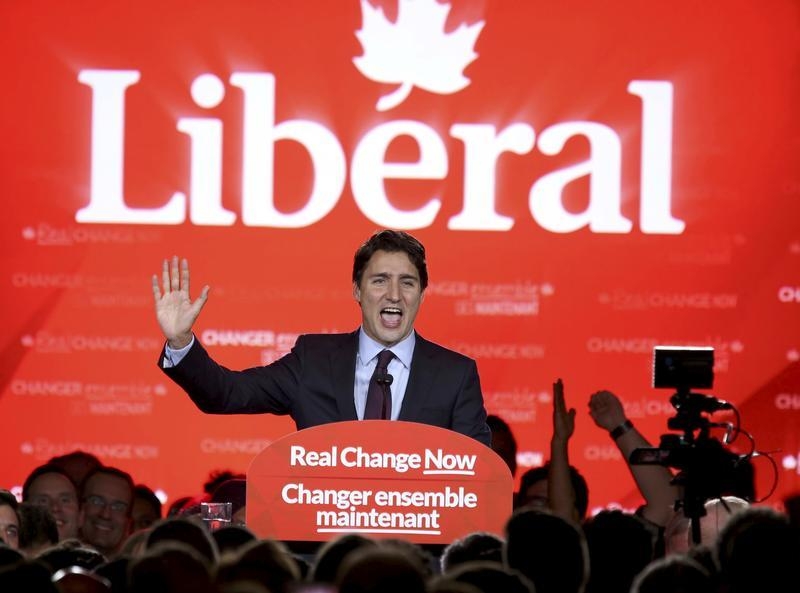 Voters may have blamed Harper for the fresh recession that has hit them in the first half of this year in the wake of a global commodities chill. It’s not really fair to lay responsibility for the slump in world oil prices at his door, and energy exports – 9 percent of GDP in 2014 – are significant enough for Canadians to feel the knock-on effects. But there’s more to the world’s 11th largest economy than that.

Although Harper led Canada out of the global financial crisis in better shape than many other countries, policies that pushed tar-sands growth and tax cuts didn’t much boost investment or activity in other industries or growth in real GDP. Expansion has stayed under 2 percent a year since he took office in 2006. September’s jobless rate of 7.1 percent was lower than during the crisis but higher than the 6.6 percent when Harper took office.

What’s more, even the ultra-weak Canadian dollar, currently worth about 77 U.S. cents, hasn’t helped non-oil exports, as economic theory might suggest it should. And low interest rates, with two rate cuts this year from Bank of Canada, seem to have achieved little in terms of economic activity, instead fueling record household debt and a bubbly-looking housing market.

The 43-year-old Trudeau, having won a shock majority in the Ottawa parliament, will be hoping to achieve some short-term fixes as well as longer-term changes. He pulled ahead of Harper in the opinion polls after he said he would run a deficit to pay for an annual C$5 billion of infrastructure investments – the closest any candidate got to an economic stimulus plan.

Then there are those Canadian National Hockey League teams, as close to a national fixation as any pastime north of the U.S. border. They collect revenue in local currency but pay players in U.S. dollars, so the loonie’s swoon is painful. If Trudeau – the son of former PM Pierre Trudeau – doesn’t see quick results, the only Canadian export that starts to increase sharply in value could be the outflow of on-ice talent.

The Liberals seized a parliamentary majority, a turn in political fortunes that smashed the record for the number of seats gained from one election to the next. The center-left Liberals had been a distant third-place party before this election.

The Liberals seized a parliamentary majority, a turn in political fortunes that smashed the record for the number of seats gained from one election to the next. The center-left Liberals had been a distant third-place party before this election.