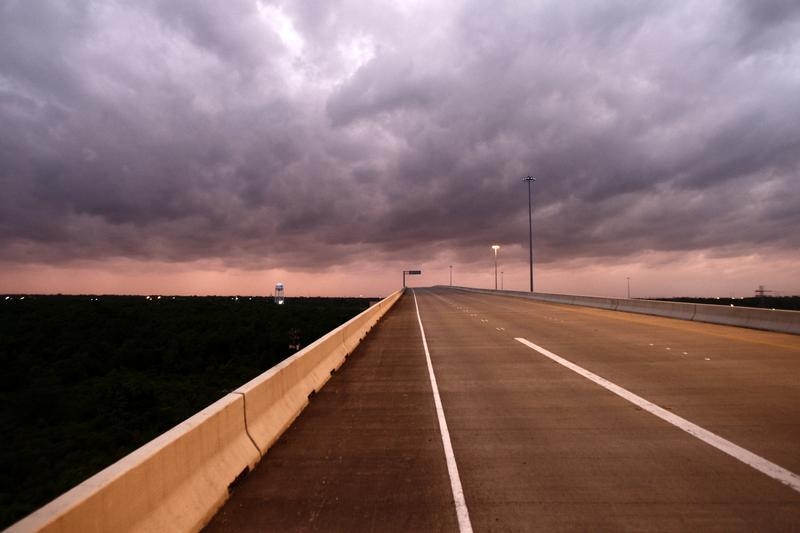 Ferrovial and Macquarie paid $1.8 bln in 2005, $1 bln more than the next bid. Now three Canadian pension funds are buying the Windy City turnpike for $2.8 bln. Thanks to extra debt, the sellers won’t see much profit on their equity. At least the buyers can afford to be patient.

Dark clouds stretch across the skyline as Hurricane Ike approaches the Gulf of Mexico near Houston, Texas September 12, 2008. Massive Hurricane Ike bore down on the Texas coast on Friday, driving a wall of water into seaside communities and threatening catastrophic damage. REUTERS/Carlos Barria

Spanish infrastructure group Ferrovial and infrastructure units of Macquarie, the Australian bank, have agreed to sell the Chicago Skyway toll road to three Canadian pension funds for about $2.8 billion in total, the companies said on Nov. 13.

The Ontario Teachers’ Pension Plan, the Canada Pension Plan Investment Board and the Ontario Municipal Employees Retirement System will each own a third of the tollway concession after the deal, which must be approved by the City of Chicago.

Ferrovial and Macquarie paid about $1.8 billion for a 99-year lease on the eight-mile stretch of highway between the third-biggest U.S. city and the state of Indiana in 2005 – $1 billion more than the next-highest bid.