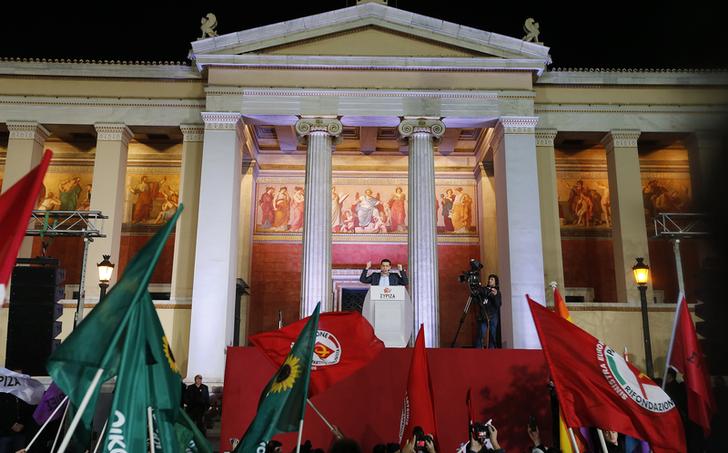 A new debt deal for Greece will mean another unsettled period of brinkmanship. Markets are relaxed that the anti-bailout Syriza government will be able to cut a new arrangement with creditors. But pressure points lie ahead in March and July. Getting through these will need quick progress on tackling Greece’s bigger challenges.

Alexis Tsipras, the new prime minister, has little time to negotiate the debt relief he promised voters before elections. The widespread assumption is that Greece will get an extension to its existing bailout package – which includes liquidity for its banking system – which would otherwise expire in February. Even so, the pressure will mount soon after.

Debt repayments, including money owed to the International Monetary Fund, may exhaust Greece’s reserves by the end of March, Eurobank reckons. Then in July and August, 6.6 billion euros of bonds held by the European Central Bank mature. Tsipras could muddle through this by getting the country’s banks to buy some new short-term government debt. This, however, would breach limits on treasury bills agreed with euro zone lenders.

So for domestic lenders to be able to support him will require Tsipras to make progress in talks with international creditors on Greece’s longer-term borrowings. The only alternative would be to default on domestic obligations. But that could trigger capital flight, weakening Tsipras’ negotiating hand.

The likely outcome is that Greece gives some ground on reform, in return for a lowering of the country’s fiscal targets so that debt could be greater than 110 percent of GDP by 2022, the arbitrary goal agreed in 2012. The euro zone could also extend debt maturities and lower interest rates on Greece’s bailout loans. This will only help over time – Bruegel, the think tank, estimates such measures could save 32 billion euros through 2050.

The sums coming due in the near term may seem small for a country with total debt equivalent to 176 percent of GDP. But the interconnected nature of bargaining over short- and long-term issues creates the likelihood of several standoffs ahead. Markets may be relaxed, but Greece retains the capacity to deliver repeated shocks in 2015.

The euro rose and shares slipped in Europe on Jan. 27 as mixed corporate earnings and concerns over Greece kept investors cautious ahead of a busy week which will include the first policy meeting of the U.S. Federal Reserve this year.

The euro rose and shares slipped in Europe on Jan. 27 as mixed corporate earnings and concerns over Greece kept investors cautious ahead of a busy week which will include the first policy meeting of the U.S. Federal Reserve this year.