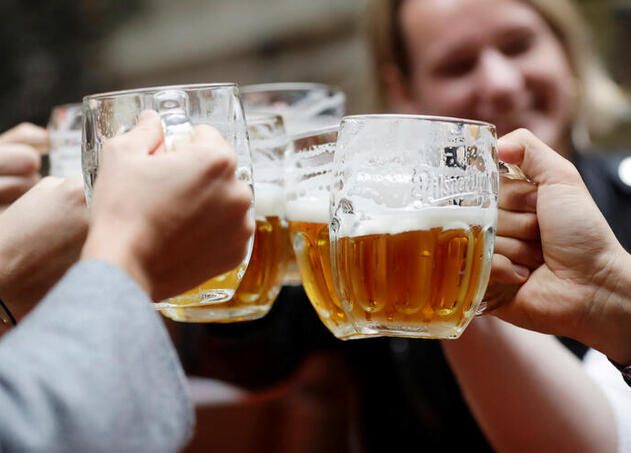 Booze stocks could be heading for a dry spell. That’s if governments increasingly blame the quaffing of beer and cocktails for the rapid spread of Covid-19. The UK is eyeing a second national lockdown, which could include bar closures. While outright prohibition is unlikely, even temporary bar closures could have lasting effects on leading tippler providers, including Anheuser-Busch InBev and Diageo.

On Friday, Britain slapped a regional curfew on bars and restaurants selling alcohol. It was deemed necessary as hospitalisations are doubling every eight days. A national lockdown may follow, including blanket bar closures. The UK isn’t alone. Pub crawling is among the riskiest activities during the pandemic, says Anthony Fauci, the director of the U.S. National Institute of Allergy and Infectious Diseases. Since the coronavirus outbreak in March, many countries have been trying to stem its spread by imposing varying degrees of booze-related restrictions.

America’s Volstead Act isn’t coming back. But like those 1920’s American prohibition rules, India, Mexico, Thailand and South Africa have implemented bans on alcohol sales to limit social gatherings and, in some cases, temper domestic violence.

This was part of the reason beer and booze firms have had a crummy year. Diageo’s operating profit was down 47% in the first six months, while Anheuser-Busch’s gross profit fell nearly 26% in the three months ending in June. While there’s little debate that such measures stop the spread of infection, countries like America and Britain, which champion individual liberties and whose citizens like their booze, are unlikely to embrace broad bans.

Bars are fairer game. Local lockdowns entail shuttering public houses, while those that can serve customers must adhere to strict time limits. These seemingly temporary restrictions can create permanent problems for booze companies if their best customers go bust.

Investors have been taking a more optimistic view. As of Friday, Diageo was valued at 23 times its 2021 earnings, around the same multiple as before the pandemic. AB InBev trades at over 20 times, a similarly resilient level, according to Refinitiv. Diageo reckons it can “win with the winners” and benefit from surging supermarket sales but concedes it’s not enough to offset the decline in bar sales. With lockdown measures tying alcohol to the spread of a deadly virus, these stocks trade at undeserved pandemic premiums.

A 10 p.m. curfew for bars and pubs was implemented in northeast England on Sept.18 alongside a ban on people mixing with others outside their households.

British Health Secretary Matt Hancock announced the measures in a statement on Sept. 17.

People cheer with beers at an outdoor seating section of a pub, as the Czech government lifted more restrictions allowing restaurants with outdoor areas to re-open amid the coronavirus disease (COVID-19) outbreak, in Prague, Czech Republic, May 11, 2020.

A 10 p.m. curfew for bars and pubs was implemented in northeast England on Sept.18 alongside a ban on people mixing with others outside their households.

British Health Secretary Matt Hancock announced the measures in a statement on Sept. 17.