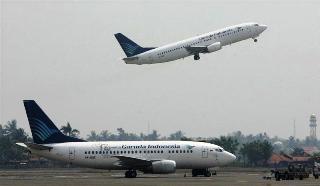 Heathrow is a jam-packed embarrassment for those who promote London as a global financial centre. A brand new four-runway hub in the Thames estuary east of the UK capital might relieve the squeeze. The idea is favoured by Boris Johnson, the mayor of London. Central government enthusiasm would be greater if all the funding could be raised from the private sector – although the UK government now says it will explore plans to maintain the UK’s aviation hub status.

Second-rate air infrastructure causes economic damage, while the direct and indirect gains of having a first class air hub are substantial. But these things are hard to quantify. Private financiers – wanting a reasonable return on their investments – could only count on receiving part of the extra revenue generated.

Investors in a purely private new airport would have to rely on fees paid by passengers. If the airport took all the additional traffic that some expect could come to London, the cashflow, according to a Breakingviews analysis, would be about 2.1 billion pounds a year – in today’s money.

Work commissioned by the Mayor of London suggests that passenger numbers could climb from the current 140 million to 400 million by 2050. Meanwhile latest numbers from Ferrovial, the owner of Heathrow, suggest a net profit of about 8 pounds per passenger. Discounted in perpetuity at 7 percent, the rough cost of capital used in the current regulatory regime, private financiers might count on about 30 billion pounds of present value from the expected increase in traffic.

That is a rough estimate. The choice of the discount rate makes a big difference. But it is well below the rough estimates of the cost of the airport and the related transport and environmental infrastructure. Foster+Partners, the architectural firm, and Halcrow, the construction consultancy, has put a 50 billion pounds price tag on their plans. And those companies’ estimates may err on the low side.

An enlightened government – with fewer deficit worries – might be willing to make up the difference. For one thing, there would be political gains in making Heathrow less crowded. But without state help, a brand new London airport will struggle to get airborne.

George Osborne, the UK’s Chancellor of the Exchequer, said that the government would examine plans to improve the nation’s aviation infrastructure. In his Autumn Statement to the House of Commons on Nov. 29 he said: “We will explore all the options for maintaining the UK’s aviation hub status, with the exception of a third runway at Heathrow.”
Boris Johnson, the Mayor of London, speaking to the UK Institute of Directors on Nov. 21 said: “As the world economy changes and global power shifts to the East, the constrictions of London’s hub airport are becoming ever more apparent and ever more damaging.”
Foster+Partners, the architect, has drawn up plans for a brand new airport for London in conjunction with Halcrow, the construction consultancy. Putatively located on the north coast of Kent, its estimated cost of a four runway airport is 20 billion pounds. The plan, unveiled on Nov. 2, puts the cost of associated infrastructure – including transport links and a new flood prevention barrier for London – at another 30 billion pounds.
In the preface to a report published earlier this year Boris Johnson, the Mayor of London, said: “Passenger demand for London’s airports is forecast to increase from 140 million passengers a year in 2010 to 400 million passengers a year by 2050.”