Fear is the key 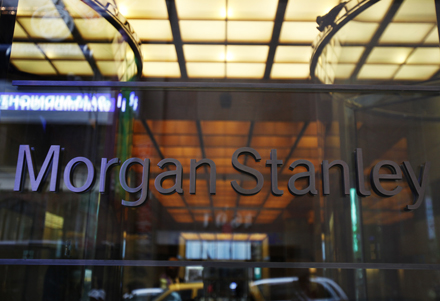 Morgan Stanley’s October woes feel like a drama lacking a crisis. The Wall Street firm, which three years ago suffered a bank run, was already facing skepticism about its turnaround before the third quarter turned crummy. But that’s not behind its latest misery. Morgan Stanley’s stock tanked more than 10 percent on Friday after the cost of insuring its debt against default rose as investors again got the jitters about the investment bank’s exposure to Europe. But substance to the worries looks thin.

A blog post on Zero Hedge two weeks ago snowballed into the recent rumblings. It asserted that Morgan Stanley had $39 billion of French bank risk on its balance sheet – more than half its book value. But these numbers dated to 2010. The bank run by James Gorman has almost halved that figure. What’s more, the blog picked only the gross exposure, which includes client assets, and those of the bank, held at French institutions. It ignores cash, hedges and collateral. Factor those in, according to a person familiar with the numbers, and the net exposure is zilch.

Of course, 2008 taught investors not to take banks at their word about exposures – or the quality of their hedges. Morgan Stanley itself had a near-$10 billion loss in 2007 from disastrously hedging an otherwise-smart mortgage bet.

So investors are skittish. But even after its recent rout, Morgan Stanley shares are hardly out of whack with rivals. Like Citigroup, it trades just below half of book value, but far better than Bank of America’s 30 percent of assets minus liabilities. Even JPMorgan and Goldman Sachs, which navigated the last crisis deftly, are barely trading above two-thirds of book. Under pressure to show its turnaround in fixed-income trading and wealth management is working, Morgan Stanley ought to trade at a discount anyway.

That doesn’t mean Gorman should hold his breath and wish for the latest ruckus to pass. Providing more information on the how the firm hedges its exposures, and who with, would help – and he’s likely to do that when announcing earnings later this month. Of course, as the autumn of 2008 taught investors, once a panic over funding and capital hits a bank, all bets are off. Gorman may need to get out even further in front of this one.

The entrance to the Morgan Stanley headquarters is seen in New York.

Morgan Stanley’s stock price fell by 10.5 percent on Sept. 30, almost double the 5.3 percent drop suffered by Goldman Sachs. Deutsche Bank’s shares ended the day 9 percent down and UBS’s 8.7 percent lower.
The cost of insuring $10 million of Morgan Stanley’s bonds on Sept. 30 was $449,000, roughly triple the cost in June but still way below what it cost in the 2008 credit crisis.