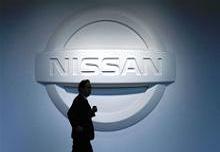 The changes to Renault and Nissan’s partnership look like running repairs. A new pact curbs France’s growing power at Renault, and limits the French carmaker’s sway over its Japanese affiliate. It ends months of distracting to-and-fro over the auto alliance, which sells one in 10 of the world’s cars. But fiddly legal fixes only go so far. It would be better for boss Carlos Ghosn to drive the duo towards a full merger.

The alliance has long looked lopsided. Renault holds 43.4 percent of Nissan after rescuing the Japanese firm in 1999. Meanwhile Nissan owns just 15 percent of Renault and cannot vote those shares. But Nissan has outgrown its saviour financially and operationally, and is now worth $47 billion to Renault’s $29 billion.

Things worsened in April when Paris lifted its stake in Renault to secure double voting rights from 2016, as a new French law allowed. That raised the prospect of France bending both Renault, and indirectly Nissan, more keenly to its will.

The truce Renault’s board has now agreed puts Nissan at ease. The Japanese do not get the structural fixes they wanted – more balanced ownership stakes, the right to vote their shares in Renault, and equal power in the company that runs the alliance. However they achieved some of the same goals legally, by securing a cap on France’s voting rights – albeit with numerous carve-outs – and a contract blocking Renault from interfering at Nissan.

It is good for both sides to allay fears that political interference would damage one of the industry’s most successful tie-ups. Still, a wholesale combination remains worth exploring.

The duo has already harvested billions of dollars of synergies working together. A full merger, however, would almost certainly create more financial benefits. Familiarity borne of a 16-year association would make a merger less risky than might otherwise be the case. And there could be a big uplift from an improved share price rating: Renault trades on a meagre 7.3 times earnings, Eikon data shows, and is rarely credited by the market with anything like the full value of its Nissan stake. Meanwhile the Japanese firm has a less-than-optimal 57 percent free float.

The new pact looks like roadside repairs. But Renault-Nissan also appear to be heading in the right direction.

A man walks past a logo of Nissan Motor Co at the company's global headquarters in Yokohama, south of Tokyo May 12 2011. REUTERS/Toru Hanai

Renault’s board on Dec. 11 said it had agreed a three-part “stability covenant” after months of talks with the French carmaker’s two biggest shareholders, the French state and Nissan of Japan. The two own 19.7 percent and 15 percent respectively.

The cap does not apply to decisions on dividends, appointments of state-nominated directors, a takeover bid, or a big asset disposal. Nor does it hold in various other situations including Nissan or another shareholder taking a stake above 15 percent, or if there are changes to the “master agreement” governing the Renault-Nissan alliance.

Meanwhile, Nissan will remain blocked from voting its shares. A contract between the two carmakers will ensure “non-interference in Nissan’s governance by Renault”. Nissan Vice Chairman Hiroto Saikawa said the deal “ensures the operating autonomy of Nissan and the future of the Alliance is secured”.