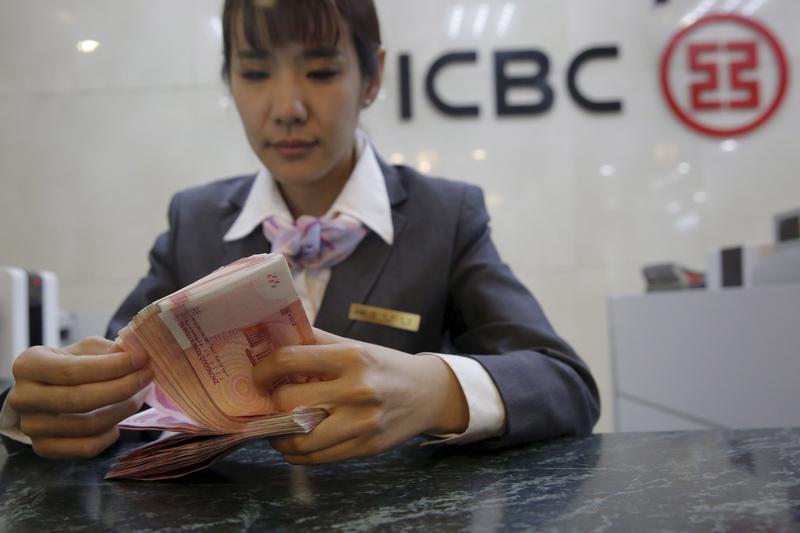 Bad debt problems are easing at ICBC, AgBank and others. Their soured loan figures always look suspiciously low. But commodity prices and industrial profits are up, so state borrowers may actually be recovering. Now, lending heavily into a housing boom may create fresh trouble.

A clerk of ICBC bank counts Chinese one hundred Yuan Banknotes as she poses for a photographer during a photo opportunity at its branch in Beijing, China, April 13, 2016. REUTERS/Kim Kyung-Hoon/File Photo

Industrial and Commercial Bank of China, the world's largest lender by assets, said on March 30 that net profit was 278 billion yuan ($40.4 billion) in 2016, a 0.4 percent increase from the prior year.

Net interest income fell to 472 billion yuan from 508 billion yuan as the net interest margin slipped to 2.16 percent from 2.47 percent. The non-performing loan ratio rose to 1.62 percent of all loans as of Dec. 31, from 1.50 percent a year earlier.

The day before, China Construction Bank reported a 1.5 percent increase in 2016 net profit. The net interest margin fell to 2.20 percent from 2.63 percent. Agricultural Bank of China eked out a 1.9 percent gain in net profit for 2016, while Bank of Communications posted a 1 percent increase.