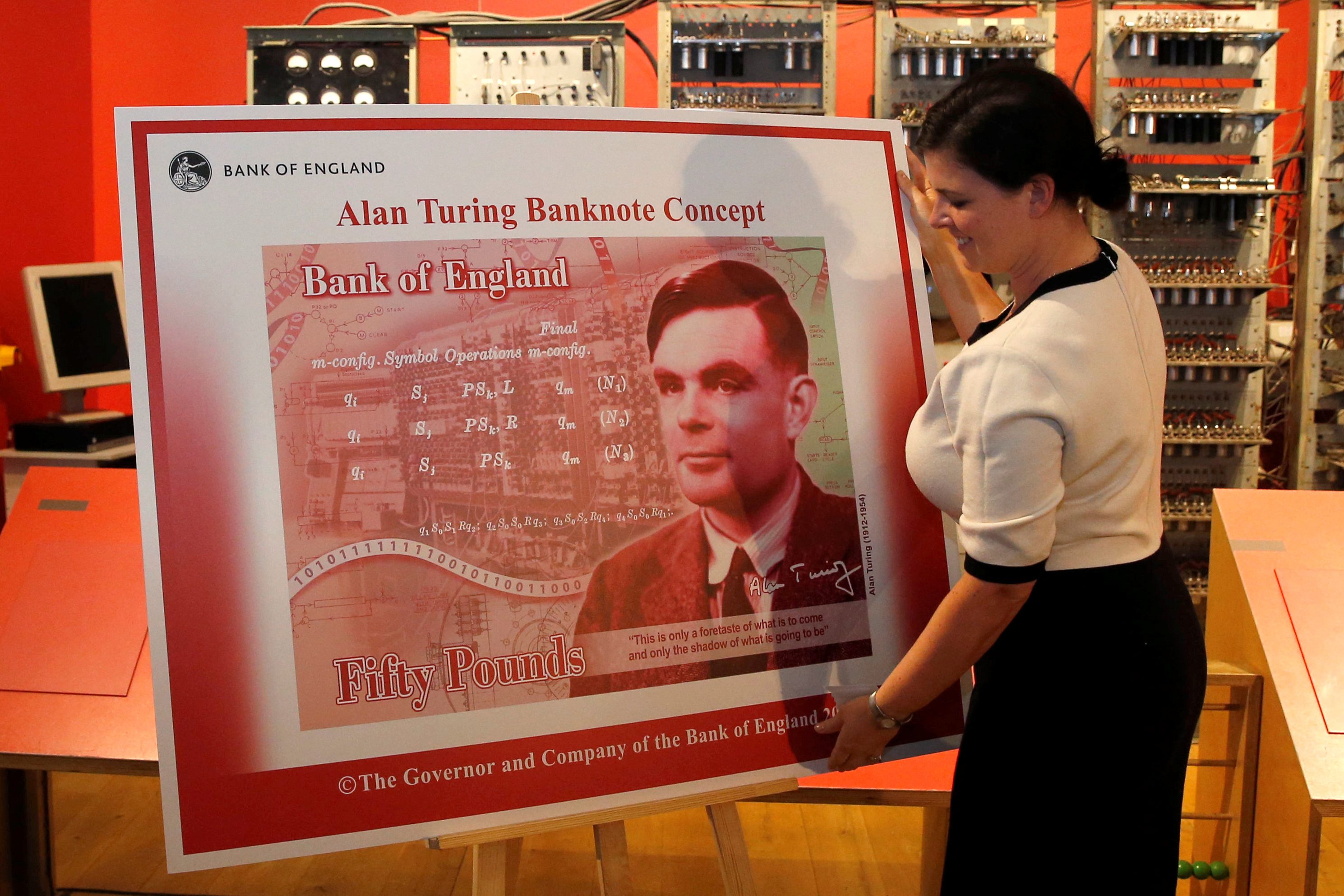 With cash use shrinking and high denominations favoured by crooks, there are reasons to scrap big bills. But a revamp of the 50-pound note, picturing the mathematician, is intelligent enough. Unlike, say, 500 euros, it still fits a system shifting slowly to digital payments.

The banknote concept of a new 50 pond note featuring mathematician Alan Turing is presented at the Science and Industry Museum in Manchester, Britain, July 15, 2019.

Mathematician Alan Turing, who helped Britain win World War Two with his code-cracking but committed suicide after being convicted for homosexuality, will appear on the Bank of England's next 50-pound banknote, the BoE said on July 15.

“As the father of computer science and artificial intelligence, as well as war hero, Alan Turing's contributions were far-ranging and path-breaking,” BoE Governor Mark Carney said. “Turing is a giant on whose shoulders so many now stand.”

Turing killed himself in 1954, aged 41, with cyanide. He was granted a rare royal pardon by Queen Elizabeth II in 2013 for the criminal conviction that led to his suicide.