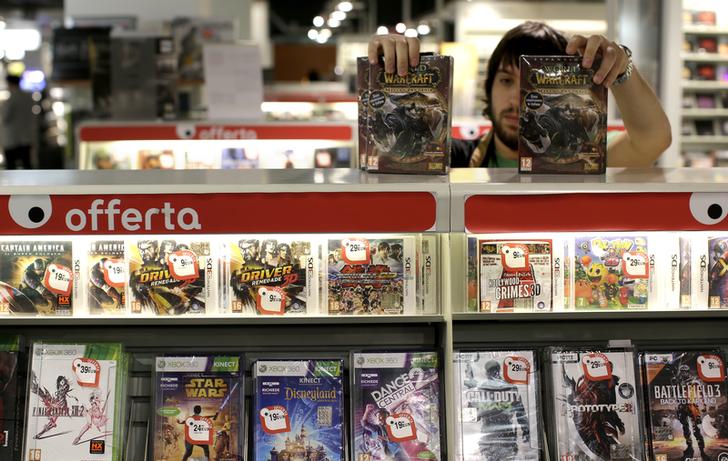 The French media group has morphed into a music and pay-TV group and returned 4 bln euros to investors in 2015. But a remaining cash pile of 6.4 bln euros carries M&A risk, as the bid for video-game firm Gameloft shows. Its adventures in Italy may suck up more cash too.

A man holds up copies of a video game published by Activision Blizzard, owned by Vivendi, in a shop in Rome, October 16, 2012

French media and music group Vivendi on Feb. 18 reported a 6.7 percent rise in 2015 revenue to 10.8 billion euros, in line with targets. Earnings before interest, tax and amortisation reached 942 million euros, down 5.7 percent on the previous year. Cash from operations increased 5.9 percent to 892 million euros.

Vivendi said it was working on the restructuring programme aimed at stemming losses at its six French pay-TV channels and breaking even by 2018. As part of the plan, it said it had entered into an exclusive distribution agreement with Qatari-owned rival beIN Sports.

Vivendi also said its supervisory board approved a tender offer for the shares of Gameloft at six euros a share as it aims to expand into the video-games business.