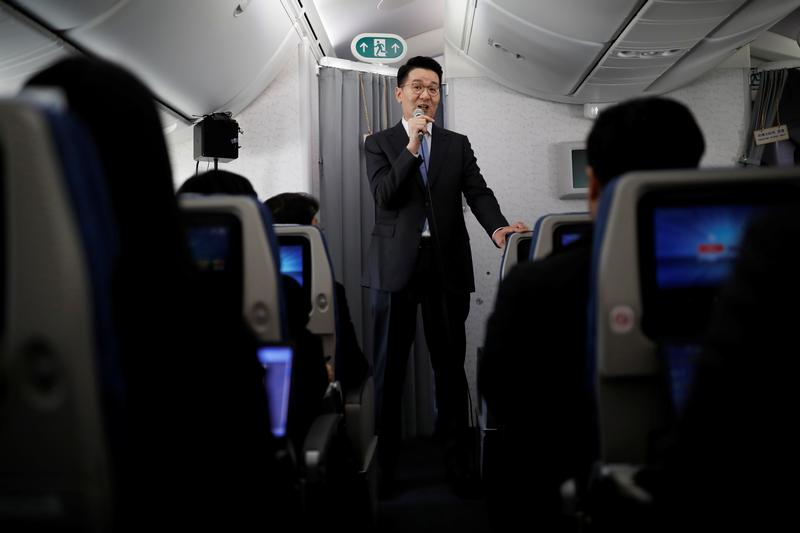 The sudden death of the carrier’s patriarch has elevated scion Cho Won-tae to run the parent Hanjin conglomerate. A huge inheritance tax and restive shareholders, including the country’s pension giant, threaten his grip, though. Heirs at Samsung and Hyundai face the same forces, too.

Korean Airlines' CEO Cho Won-tae answers a reporters' question inside a B787-9 belonging to Korean Airlines at its aviation shed in Incheon, South Korea, February 27, 2017.

South Korea's Hanjin Group, parent of Korean Air Lines, said on April 24 it had appointed Cho Won-tae as its new chairman to replace his father, Cho Yang-ho, who died on April 7 in the United States.

"The appointment of Cho Won-tae as a new CEO is to minimise leadership vacuum of Chairman Cho Yang-ho and to continue stable management of the group," Hanjin Group said in a Korean-language statement.