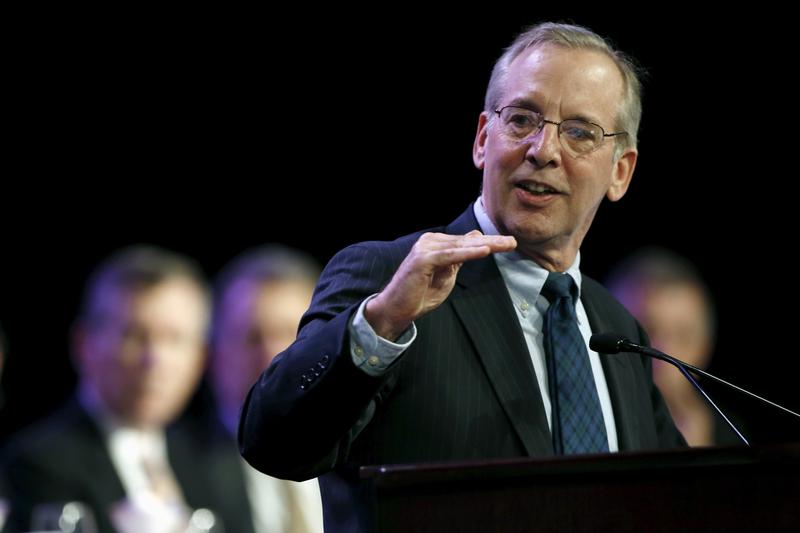 William Dudley is set to retire as president of the regional watchdog, which has day-to-day oversight of large lenders like Deutsche Bank and Goldman Sachs. As Washington leans toward deregulation, Dudley’s successor will be the first line of defense in ensuring banks behave.

William Dudley, President and CEO of the Federal Reserve Bank of New York, addresses the Economic Club of New York at a luncheon in the Manhattan borough of New York City, November 12, 2015.

William Dudley, president and chief executive officer of the Federal Reserve Bank of New York, will retire in mid-2018, the bank announced on Nov. 6. It added that Dudley timed his retirement to ensure that a successor is in place well before his term ends in January of 2019, when he reaches the 10-year term limit.

The board of the New York Fed will choose his successor, who must be approved by the Federal Reserve board of governors in Washington, D.C.

Dudley became head of the New York Fed in January 2009, and serves as the vice chairman and a permanent member of the Federal Open Market Committee. Before joining the central bank, Dudley was the chief U.S. economist at Goldman Sachs.