Path of most resistance 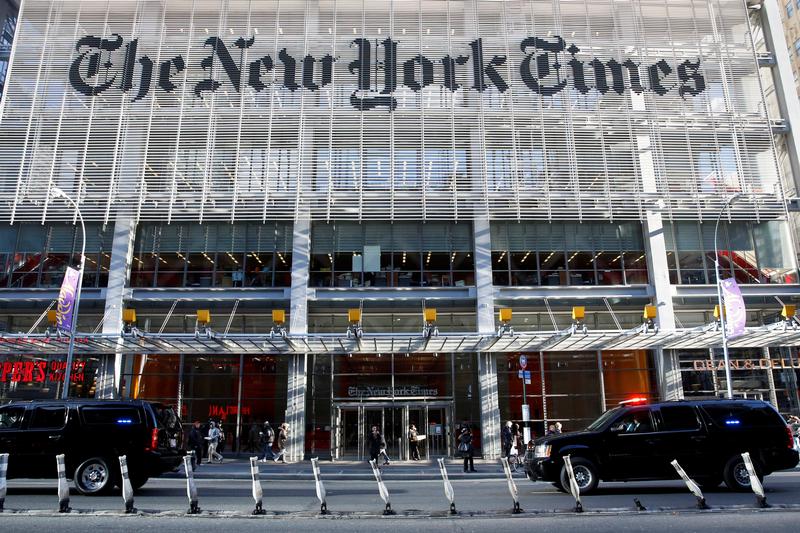 What Donald Trump calls a “failing” publisher and “fake news” network revealed impressive subscriber and viewer numbers. Political fatigue is among the risks to the recent growth, however. Ad trends are scary, too. The companies can’t believe too much in their own headlines.

The motorcade of U.S. President-elect Donald Trump makes its way past the New York Times building after a meeting in New York U.S., November 22, 2016. REUTERS/Shannon Stapleton

The New York Times Co on May 3 said it added 308,000 net digital news subscriptions in the first quarter, the single best quarter of subscriber growth in its history. That brought total digital-only subscriptions to 2.2 million, 62 percent more than a year ago. Total advertising revenue fell 7 percent year-over-year to $130 million.