New York watchdog protests too much over insurance 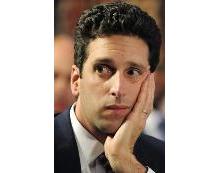 New York’s financial watchdog is protesting too much over insurance. The state’s brash regulator, Benjamin Lawsky, rubbed fellow overseers the wrong way when he broke ranks to go after Standard Chartered over money laundering. Now he may be doing the same again. His capital-inflation beefs are legitimate, but other U.S. regulators are on the case. What’s needed is coordination, not a vigilante.

Lawsky blasted New York insurers on Wednesday for a brand of financial engineering that involves using out-of-state or offshore subsidiaries to reinsure some of their claims. According to Lawsky’s report, these arrangements help reduce required reserves and regulatory capital. The state regulator’s team counted $48 billion of such transactions and found disclosure spotty at best.

Any time a company creates a vehicle and offloads risk into it, alarms should go off. Special purpose vehicles that weren’t so dissimilar helped bring the financial system to its knees in 2007 and 2008. So Lawsky is right to point out the practice. But he is creating the impression that he is the only regulator on the case. The National Association of Insurance Commissioners, which sets guidelines that states follow, has been working with insurers and state regulators like Lawsky on this issue since 2011. Moreover, the practice isn’t completely in the shadows – as Lawsky implies – since state overseers have to agree to insurers’ requests to have subsidiaries reinsure claims.

Lawsky’s move is reminiscent of his barrage against Standard Chartered. He caught other regulators like the U.S. Treasury and Federal Reserve off guard when he called the bank a “rogue institution” that deserved to have its banking license revoked. The tough talk helped exact a $340 million settlement from the British bank. But Lawsky ended up looking slightly roguish himself.

In a recent speech, he said healthy competition among watchdogs is good for safeguarding the nation’s financial system. That may be true, but cooperation is also needed, especially when monitoring a fractured insurance industry that is regulated state-by-state. Lawsky has the big stick act nailed. Maybe he should also, sometimes, try speaking more softly.

Superintendent of the Department of Financial Services Benjamin Lawsky listens to New York Governor Andrew M. Cuomo during a cabinet meeting in 2011 (Reuters)

New York Governor Andrew Cuomo on June 12 said insurers and their affiliates based in his state have set up subsidiaries in other states and offshore in an attempt to make their regulatory capital look larger than it actually is. These vehicles provide reinsurance to their parent companies which artificially boosts regulatory capital, according to a year-long investigation by the New York State Department of Financial Services. Benjamin Lawsky, the Superintendent of Financial Services, heads the department.