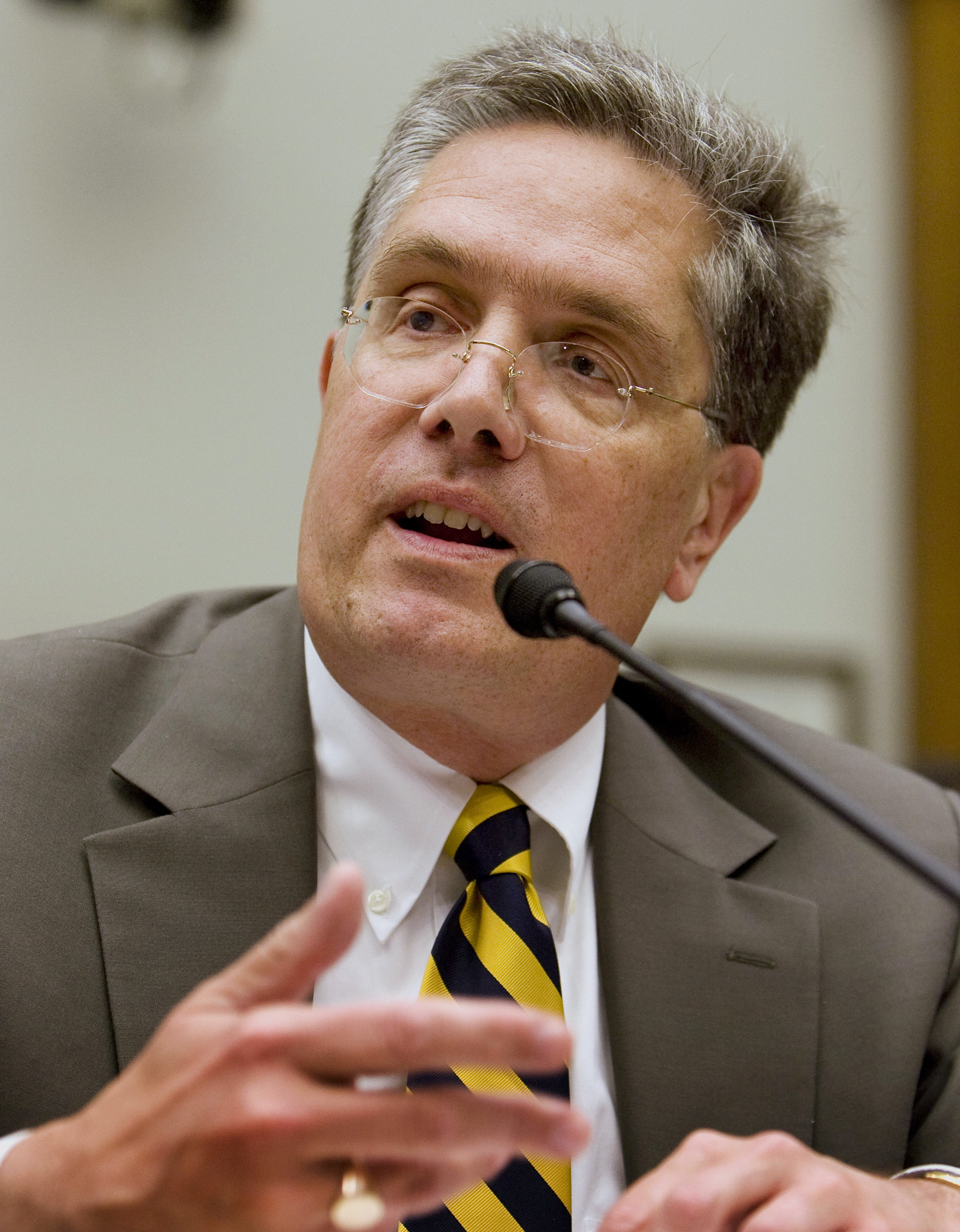 It’s time for the newest U.S. bank sheriff to earn his spurs. Just two months into the job, U.S. Comptroller of the Currency Thomas Curry got a swift reminder about the shortcomings that dog his agency. Despite being JPMorgan’s primary regulator, it managed to miss the whopping trading loss inside the bank’s chief investment office. Curry’s first test on the national stage comes on Wednesday, when he’ll have the chance to show if he’s ready to toughen up the OCC.

He should at least bring a watchdog’s mindset. Curry is the first career bank regulator in the role since President Lyndon Johnson appointed William Camp in 1966. Since then, the job has mostly been held by lawyers or bankers, helping lead to the perception of a supervisor captured by industry. Indeed, the OCC failed to prevent last decade’s housing bubble or the resulting crisis.

There’s some evidence of Curry showing a stiff spine. He was part of the Massachusetts team that cleaned up the New England banking mess of the late 1980s. A Boston Federal Reserve study says increased regulatory discipline helped limit the cost to $7 billion – peanuts compared to the $160 billion price tag associated with the savings and loan debacle.

As a director of the Federal Deposit Insurance Corp, Curry wasn’t exactly known as a table-pounder. But those who know him also say he was a quiet enforcer behind the scenes. That may not suffice when dealing with assertive bank captains like Jamie Dimon.

Curry is due to face the public glare for the first time as comptroller on Capitol Hill. The U.S. Senate Banking Committee plans to grill him over the JPMorgan affair. Senator Sherrod Brown has already sent Curry a letter demanding to know why the OCC missed the risk management problems.

It may be too soon for Curry to show his full mettle. He probably still lacks all the necessary information to address exactly what went wrong. But banks and investors will be watching to see just how firmly Curry emphasizes matters of supervision and oversight. It will only be a start, but the whole JPMorgan debacle will be the proving ground of whether Curry can usher in a much-needed era of stricter regulation.

The U.S. Senate Banking Committee plans to hold a hearing on June 6 where a panel of top regulators will weigh in on implementation of the Dodd-Frank Act. A large portion of the hearing is expected to be spent focused on a multi-billion-dollar trading loss disclosed by JPMorgan in May.

One of the regulators present will be Comptroller of the Currency Thomas Curry. He was confirmed to the role on March 29.