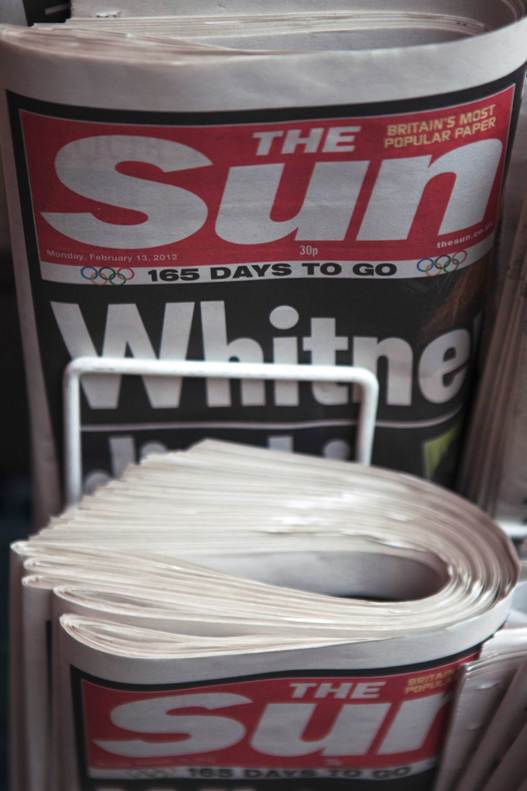 All eyes are drawn to the blurred, but unmistakably fleshy, image on the right-hand side of Britain’s best selling tabloid front page. But the genuinely revealing bit was to the left. There, in headline-sized type, are the words: “Pic of naked Harry you’ve already seen on the internet”.

Let’s be clear. The ethical issues here are slight. If anyone, royal or otherwise, gets naked in full view of pool partygoers, they surrender their right to privacy. In terms of media standards, this case has few, if any bearings, on the UK’s Leveson enquiry. Moreover, the story is boring.

For those wondering about the commercial value in newspapers, however, Prince Harry’s very public embarrassment is interesting. The News Corp context is absorbing since it is preparing to demerge newspaper assets that include the controversial Sun tabloid. It is hardly new to suggest that the Internet poses huge commercial challenges for newspapers. But this episode puts questions about the business model into stark relief.

The Sun says it published the pictures to assert its rights over press freedoms. It has a point. And it is odd that the Sun, and the rest of the UK print media industry, failed to appreciate its right to publish the story earlier. But the publication of these titillating shots also focuses attention on the rights of traditional media to defend their commercial freedoms. Any regulatory changes that come with Leveson should allow newspapers, and other media, to meet the challenges posed by Web dissemination of content.

In responding to digital competition, News Corp – alongside other media groups – are developing online expertise. The most fruitful lines of attack will probably involve getting ahead of the Web, by leading the news agenda and delivering editorial content that is interesting, intelligent and important. The Sun’s decision to show Prince Harry’s nakedness so long after it received worldwide Web exposure sends at least one meaningful message. Traditional media are still a long way from finding sustainable answers to well-known digital questions.

The Sun, the UK’s tabloid newspaper title owned by U.S-based media group News Corporation, has published revealing pictures of Henry Windsor, the younger brother of the heir to the British royal throne, on its front page. In an accompanying headline, it wrote: “Pic of naked Harry you’ve already seen on the internet”.
In an ostensibly unrelated move Elisabeth Murdoch, daughter of Rupert Murdoch, the News Corp chairman, told an audience in Edinburgh that, “profit without purpose is a recipe for disaster.”