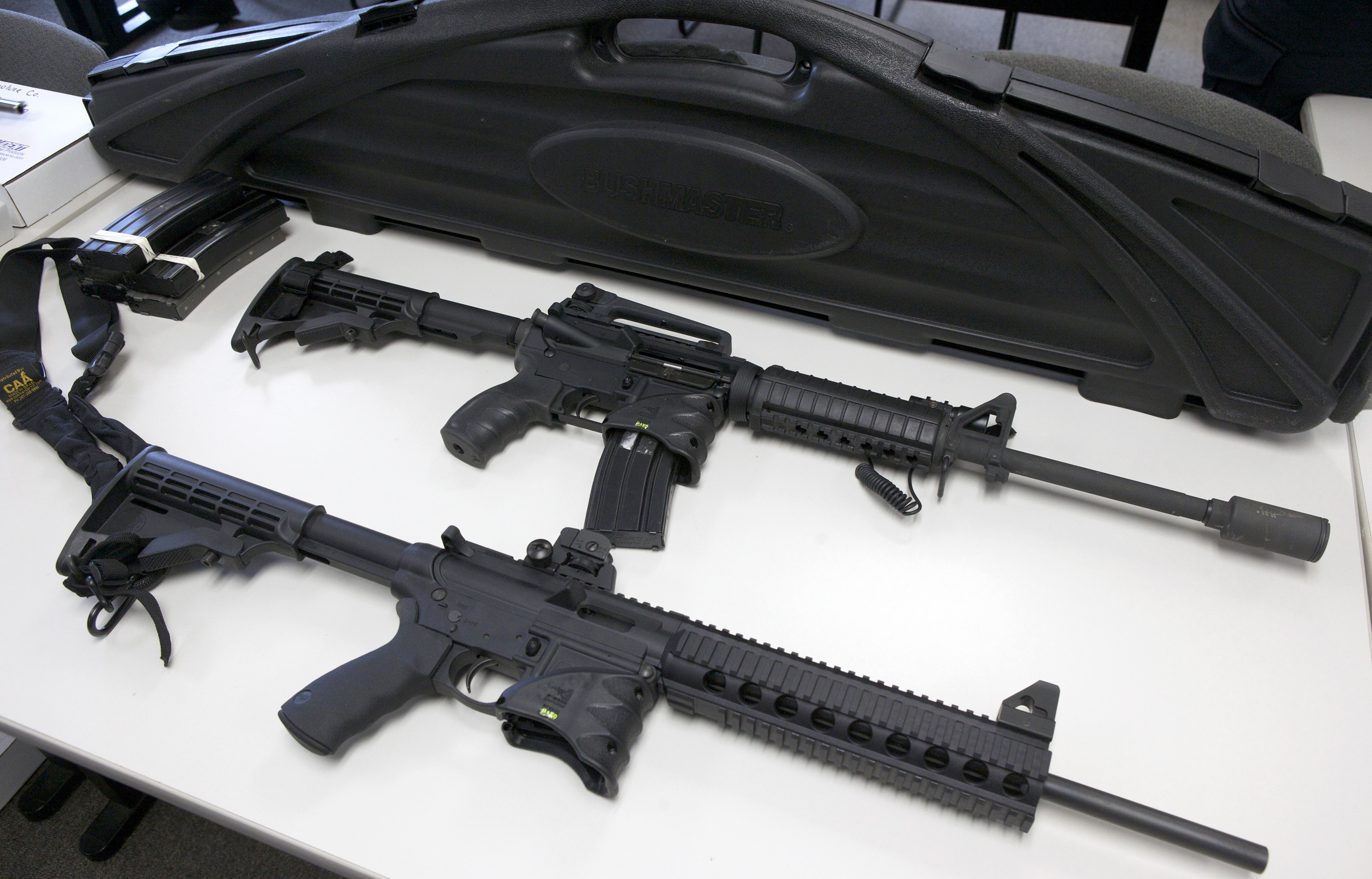 The “Connecticut effect” is yielding a bumper crop for gunsmiths. Smith & Wesson’s order backlog hit an all-time high following the Dec. 14 shootings of 20 first-graders and six teachers in Newtown, Connecticut. The company raised sales projections for the third time in a year. The prospect of tighter gun restrictions – however remote politically – has buyers in a panic. The National Rifle Association has earned its keep for another quarter.

Sales at the Springfield, Massachusetts-based firm rose nearly 40 percent and income more than tripled. And the maker of such weapons as the M&P 15 Sport semiautomatic with a 30-round magazine thinks the good times will continue. So do its shareholders: the stock is up 16 percent this year.

Demand for firearms took off early last year as the NRA took a hard stance against President Barack Obama in his campaign, claiming he was conspiring to gut the Second Amendment. The December school shootings made this wild talk seem real to those with an expansive view of the right to bear arms. In January, the president called for a ban on some military-style assault rifles, limits on magazine capacities and background checks on all gun sales.

Other companies have also enjoyed the frenzy. Firearms maker Sturm, Ruger’s stock has gained a quarter so far this year. Wal-Mart had to ration ammunition sales. Hunting-goods store Cabela’s has added $850 million of market value since the start of 2013. Yet the industry knows that Sandy Hook has changed the gun debate. The school shooting dominated Smith & Wesson’s conference call with investors. Smith & Wesson’s boss began the call by “sending our thoughts and prayers to those affected.”

In addition to planned bills on gun trafficking and background checks, polls show a large segment of the American voters favor restrictions on magazines and assault weapons. New York, California and Connecticut – the state that brought the world the Colt 45 – are tightening up rules. State pension funds are withdrawing investment from firearms makers.

But markets have their own self-correcting mechanism, too. Smith & Wesson’s backlog of $688 million has tripled over the past year amid fears guns will be banned. That’s not likely to happen and eventually supply will catch up with demand. In 2009, when the last gun bubble collapsed, the company’s backlog fell by about two-thirds in six months as confiscatory worries receded. It may not satisfy gun reformers, but the current buying fever will subside of its own accord.

Smith & Wesson reported revenue of $136 million for the quarter ending Jan 31. That is a rise of 39 percent from the same period last year. Income more than tripled to 22 cents per share.
The gun manufacturer raised its full-year guidance. It anticipates net sales of $575 million to $580 million in the fiscal year. At the midpoint, that would be 40 percent growth compared to the previous year. The company has raised its full-year guidance three times in the past year.
The company said its backlog of firearms purchases was $668 million, an all-time high. The figure was $199 million for the same quarter last year.