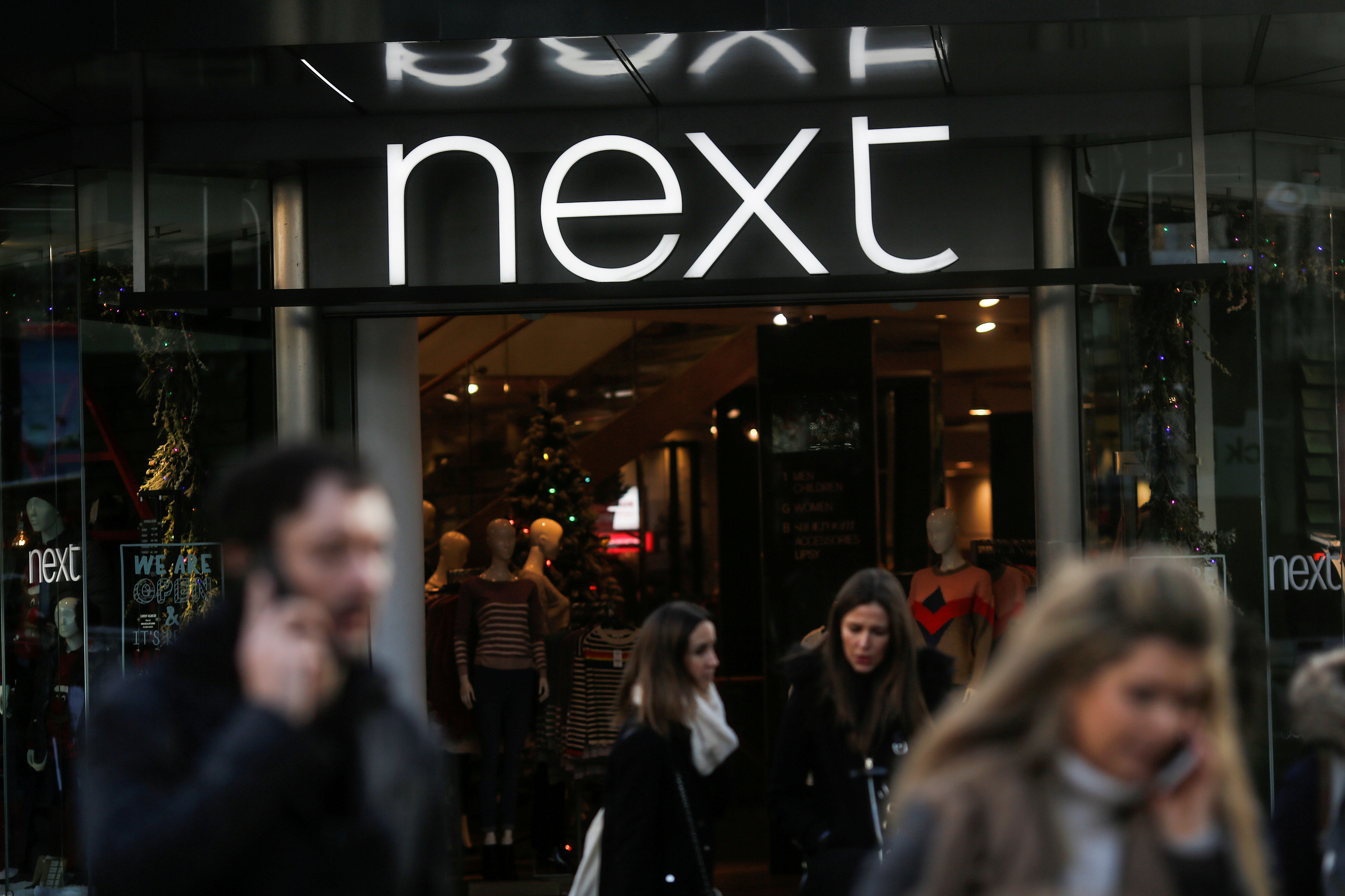 Shoppers walk past a Next store on Oxford Street in London, Britain December 17, 2018.

British clothing retailer Next on Jan. 3 reported a rise in sales in the run-up to Christmas in line with its own expectations, confounding fears of poor festive trading.

Next, the first major listed retailer to update on Christmas trading, said sales rose 1.5 percent in the period from Oct. 28 to Dec. 29, the bulk of its fourth quarter, assuming no discounts. That compared to growth of 2 percent in the third quarter.

Next said it expects sales to grow by 1.7 percent in the year ending January 2020, and for pretax profit to decline by 1 percent to 715 million pounds.