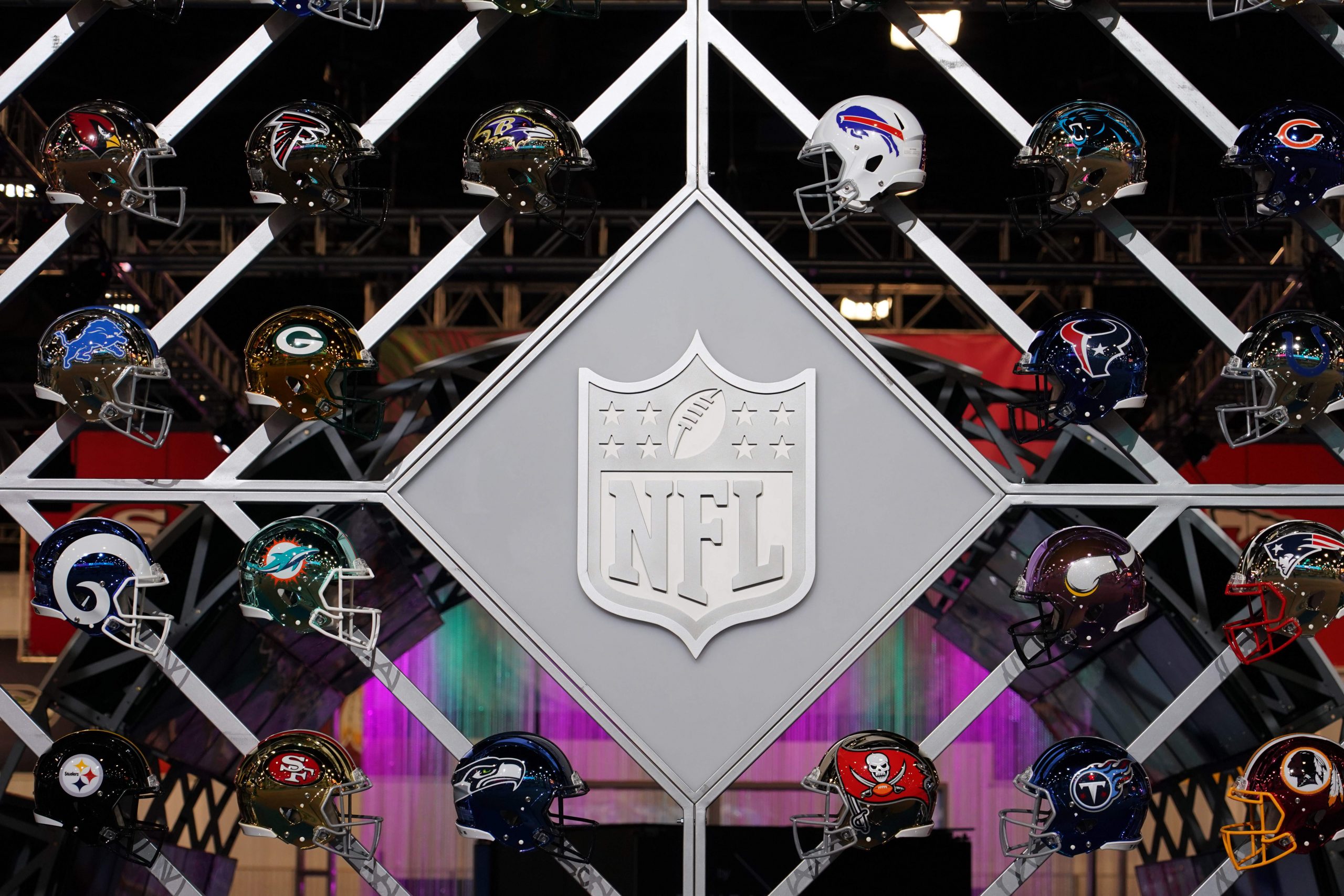 The three-day sign-up of rookie players gives first dibs to the weakest teams to ensure all get a shot at success. It’s the opposite of laissez-faire, yet also entirely American – and makes the unhelpful adherence to market forces in areas like healthcare all the more illogical.

General overall view of the NFL Shield logo and helmets at the NFL Experience at the Miami Beach Convention Center in Miami, Florida, Jan 27, 2020.

The NFL Draft, an annual selection of rookie players for U.S. teams making up the National Football League, was set to begin on the evening of April 23. The draft plays out over three days.

Each of the league’s 32 clubs picks new players in a series of rounds, and has up to 10 minutes to make its choice. The order of selection is the reverse of where the teams finished in the last season, so that the previous year’s Super Bowl champions pick last.

Players can enter the draft between three years after they finish high school, and the year after they would stop being eligible for college football.

The draft was first introduced in 1936, and held in the Ritz-Carlton hotel in Philadelphia. The 2020 draft is the first that will be held virtually, as a result of the coronavirus pandemic.