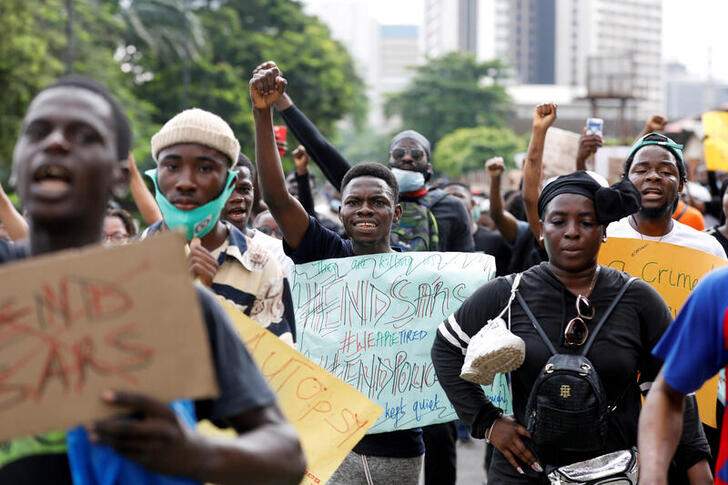 The army is offering to deploy to quell protests against police brutality. That would fan tensions, the last thing the country needs. Africa’s biggest economy is on the ropes due to Covid-19 and low oil prices. Trouble in the oil-producing Niger Delta would bring it to its knees.

Unrest has broken out across Lagos and other Nigerian cities after security forces on Oct. 20 shot and killed protestors demonstrating against police brutality.

Rights group Amnesty International has said the army and police killed at least 12 peaceful protesters at two locations in Lagos on Oct. 20. At least 56 people have died across Nigeria since nationwide protests began on Oct. 8, with about 38 killed on Oct. 20 alone, Amnesty said.

The military on Oct. 22 offered to deploy in the west African nation’s biggest city as gangs of young men roamed the streets and set fires in defiance of a 24-hour curfew.