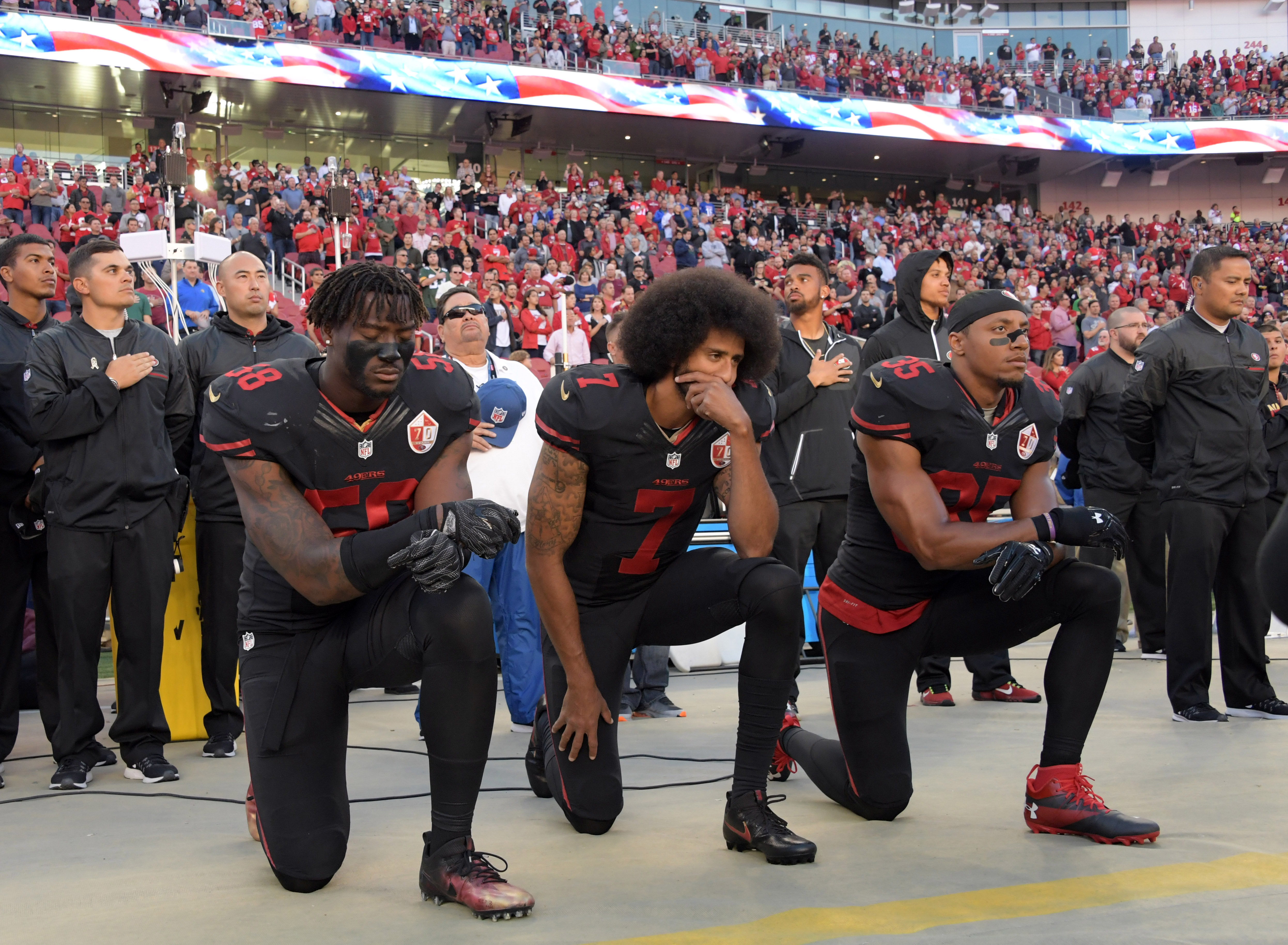 The U.S. brand is putting Colin Kaepernick, the first NFL player to kneel for the national anthem, in its revived “Just Do It” ads. Airlines, sports stores and pizza chains have wrestled with partisan issues. In the commoditized sneaker trade, it’s a risk worth taking.

San Francisco 49ers outside linebacker Eli Harold (58), quarterback Colin Kaepernick (7) and free safety Eric Reid (35) kneel in protest during the playing of the national anthem before a NFL game against the Arizona Cardinals at Levi's Stadium in Santa Clara, CA, USA on Oct. 6, 2016.

Colin Kaepernick, the first player for the U.S. National Football League to kneel during the national anthem as a protest against racism, will be one of the faces for advertisements marking the 30th anniversary of Nike’s “Just Do It” campaign.

The quarterback, who is not affiliated with a specific club, posted a close-up of himself on Twitter featuring the logo of the sportswear company and a quote: “Believe in something. Even if it means sacrificing everything.”

In February, U.S. sports equipment store Dick's Sporting Goods said it would no longer sell assault-style firearms or high-capacity magazines, and would not sell any guns to anyone under the age of 21.

Georgia lawmakers in March struck down what would have been a lucrative tax exemption for hometown carrier Delta Air Lines after the airline ended its contract with the National Rifle Association.