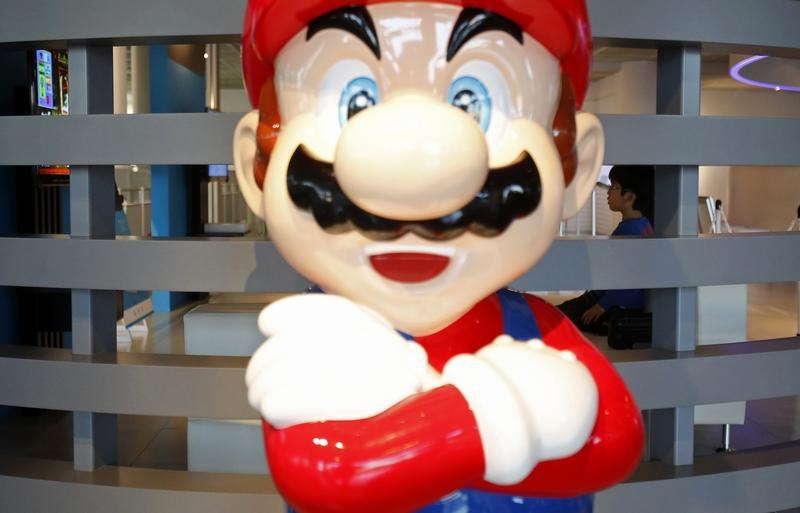 Nintendo has gone super mobile. The Japanese gaming giant – which recently announced yet another profit warning – has bowed to investor demands that it make games for smartphones. If the likes of Pokemon are as popular online as hits like Candy Crush, the move could have restorative powers equivalent to Super Mario’s ultimate mushroom.

No one can accuse the world’s largest games maker of acting rashly. More than a year after it vaguely promised to license its characters to partners, Nintendo announced it is teaming up with mobile website provider DeNA. The pair will swap shares worth $181 million, equivalent to 1.24 percent of Nintendo and 10 percent of the smaller Japanese group. Though no further financial details were offered, demand for Nintendo shares was so strong they had not traded by mid-afternoon in Tokyo despite bids more than 21 percent above the previous closing price.

The deal brings Nintendo closer to tapping a huge opportunity. The mobile games market will grow from $21.7 billion in 2014 to $103 billion by 2017, according to research firm Newzoo. Companies like King Digital Entertainment, owner of the addictive Candy Crush, and Puzzle & Dragons maker GungHo Online Entertainment have built businesses worth as much as a third of Nintendo’s pre-announcement $16 billion market capitalisation on the back of just one or two major hits.

Similar success could transform Nintendo’s fortunes. King Digital attracts 533 million monthly active users, less than 2 percent of which pay for things like extra lives and higher levels. These users handed over an average of $20.21 per month last year. If Nintendo could achieve the same success – and mimic King Digital’s 42 percent adjusted EBITDA margin – mobile gaming would add $850 million a year to its EBITDA. If the number of paying customers reached 10 percent – the ratio for Puzzle & Dragons, according to Jefferies – Nintendo would pocket more than $5 billion annually.

The worry is that online games cannibalise Nintendo’s existing hardware business, including the underwhelming Wii U. Nevertheless, the company has decided to take the leap. Its library of popular characters should enable it to develop a broader range of appealing games than its rivals. Investors are right to welcome the turbo charge.

A boy seated behind a Super Mario figure watches a monitor displaying Nintendo Co Ltd's Wii U game console at its showroom in Tokyo January 29, 2014.

Nintendo announced on March 17 that it would enter the smartphone games business through a partnership with DeNA, which owns mobile games website Mobage.

The two Japanese companies will jointly develop games for smartphone devices using Nintendo’s characters which include Super Mario and Pokemon. The pair will also launch an online membership service later this year.

A flood of buy orders meant shares in both Nintendo and DeNA were untraded at 11:04 Tokyo local time on March 18, but bids priced the shares at more than 21 percent above their previous closing prices.