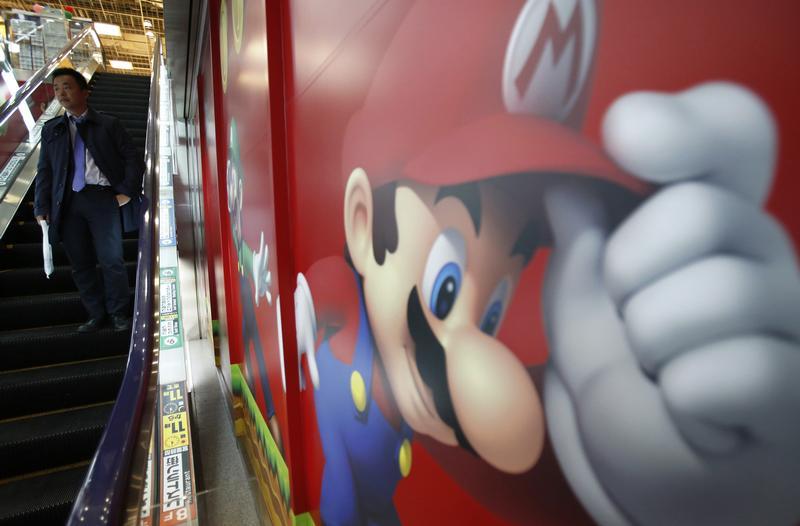 Fresh from a profit warning, the games maker says it will license its characters to new partners and use mobile devices to promote its products. Given Nintendo’s lack of internet savvy, sticking to its hardware-focused business model is probably the least bad option for now.

A shopper rides the escalator past Nintendo advertisements at an electronics retail store in Tokyo January 20, 2014.

Nintendo said on Jan. 30 that it would license its library of characters to new partners but that the Japanese group will not abandon its hardware-focused business model.

Shares in the world’s largest game hardware maker fell 4.7 percent to 12,275 yen following the announcement against a 2.63 percent decline in the Nikkei 225 index. Nintendo’s shares had already shed 8 percent of their value since the start of January.

The Kyoto-based company said on Jan. 29 that net income fell by 29.9 percent to 10.2 billion yen in the nine months to December. It also announced plans to repurchase up to 7.82 percent of its outstanding shares for up to 125 billion yen by March 31.

Company president Satoru Iwata agreed to halve his salary for five months from February, while other board members will reduce their salaries by 20 percent.

Earlier in January, Nintendo cut its net profit forecast for the year ending March 31 from 55 billon yen to a net loss of 25 billion yen.

Nintendo said that sales of its Wii U console would come in at 2.8 million units for the current fiscal year, down from an earlier forecast of 9 million.