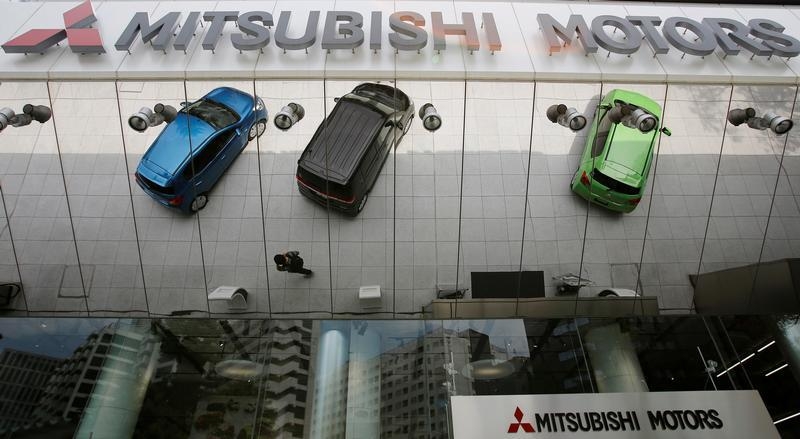 The Japanese carmaker is paying its smaller peer $2.2 bln for a 34 pct stake. That sounds like a smart investment. Scandal-hit Mitsubishi is one of the weakest players in Japan’s overly fragmented auto industry. Like Renault, it could benefit from pooling resources with Nissan.

Mitsubishi Motors Corp's vehicles and a passer-by are reflected on an external wall at the company headquarters in Tokyo May 23, 2013. REUTERS/Toru Hanai/File Photo

Nissan Motor on May 12 agreed to buy a 34 percent stake in rival Mitsubishi Motors for 237 billion yen, or 468.52 yen per share. The duo will also buy components together and share car platforms, technology and factories.

Nissan, Japan’s second-largest automaker by sales, will become the largest single shareholder of much smaller Mitsubishi Motors. The deal would give Nissan a bigger stake in Mitsubishi than its 15 percent holding in alliance partner Renault. The French automaker holds a 43.4 percent stake in Nissan.

The duo expect to sign a definitive agreement by the end of May and close the deal by the end of the year. It requires approval from the sister Mitsubishi Group firms that hold stakes in Mitsubishi Motors.