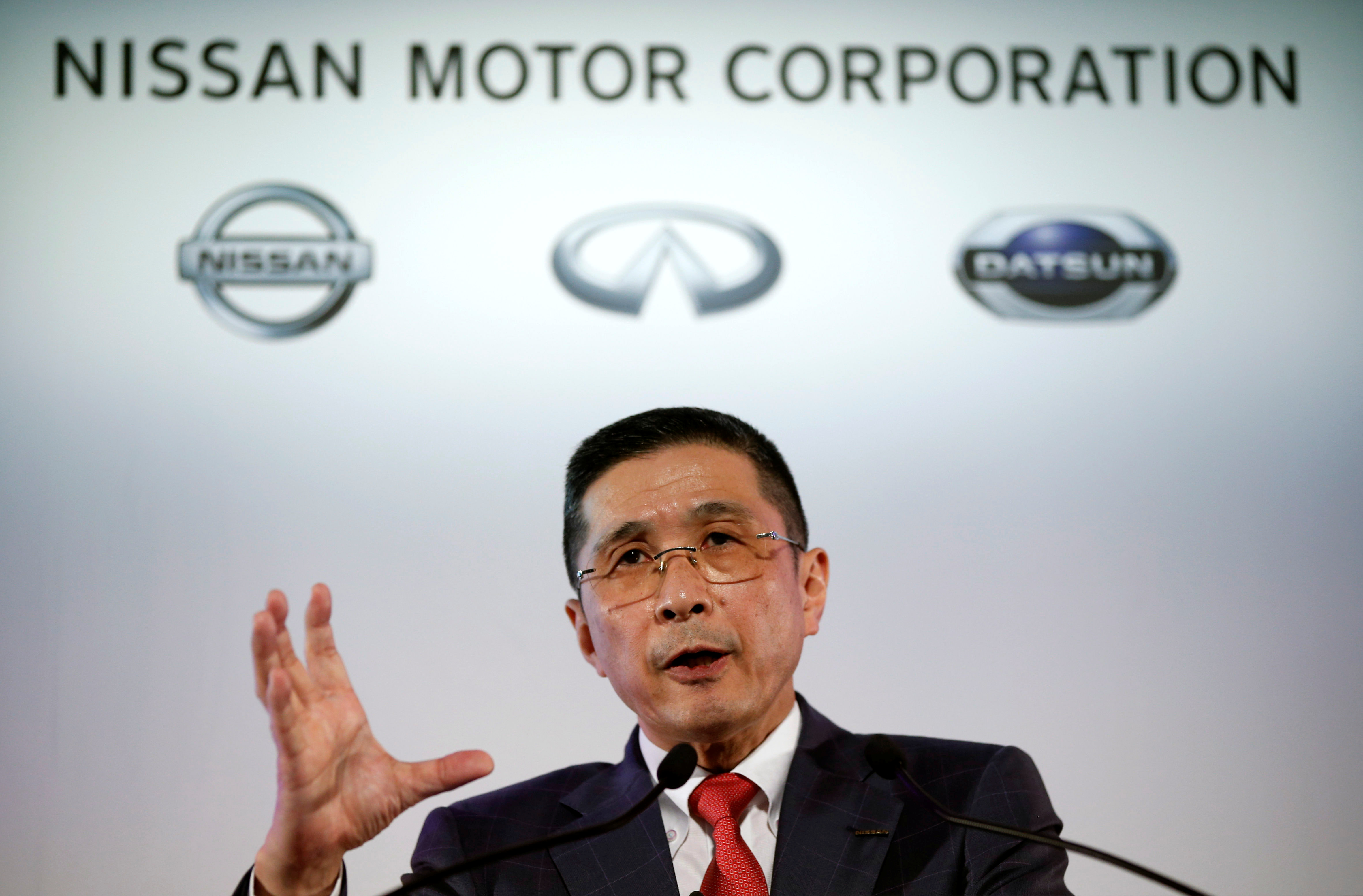 The $31 bln carmaker is resisting deal talks with Renault. An arm’s-length arrangement favoured by boss Hiroto Saikawa will only weigh on Nissan’s value. Pushy investors have been chipping away at corporate Japan. One able to handle the politics could help make the case for M&A.

Nissan Motor Co's President and CEO Hiroto Saikawa speaks during a news conference at the company's headquarters in Yokohama, Japan May 11, 2017.

France’s Renault will propose creating a joint holding company with its partner Nissan Motor, Japanese newspaper Nikkei reported on April 26. Under the proposal, both companies would nominate an equal number of directors, while the holding company could be based in a third country outside Europe, like Singapore, Nikkei reported without citing sources.

Nissan on April 12 rejected an earlier merger proposal made by Renault, the newspaper said. The car-making alliance’s previous leader Carlos Ghosn – formerly Renault’s chairman and chief executive, and chairman at Nissan – was arrested in November for alleged financial misconduct, which he denies. The French group owns about 43% of its Yokohama-based partner, whose reciprocal 15% stake in Renault has no voting rights.