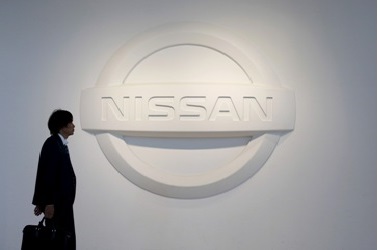 The Japanese carmaker’s $2.2 bln investment could prove doubly lucrative. With just a modest uplift in sales and margins at its scandal-hit peer, the stake could generate a fat 14 pct-plus return. Meanwhile Nissan is targeting a hefty $440m-plus of annual synergies for itself.

A man walks past the logo of Nissan Motor Co. at the company's showroom in Yokohama, south of Tokyo, May 13 2015. REUTERS/Toru Hanai

Nissan Chief Executive Carlos Ghosn said a 237 billion yen ($2.2 billion) investment in Mitsubishi Motors could create billions of dollars in value for the two carmakers. On May 12 Nissan said it would take a 34 percent in its scandal-hit smaller rival.

“We believe we can realize billions of dollars in one-time and continuing synergies by working closely together in areas including purchasing, common platforms, the shared development of new technologies, joint plant utilization and growth markets,” Ghosn said, according to a written summary of his prepared remarks.

Ghosn told analysts the tie-up would generate “much more than $440 million” a year in “direct synergy for Nissan”, according to a conference-call transcript.